Stigmergy Games has announced Virion SD Lite 1.0, a free lite version of its first title for the iPhone and iPod touch. It’s a puzzle game loosely based upon real biological processes. Features include a synced soundtrack to gameplay to enhance emotion and pace, introduction of player portrait profiles for multiple users on a single device and language free via use of image based instructions for gameplay.

Fraga-Games has released Kickin’ Fraga 1.0 for iPhone, iPod touch and iPad users. Developed to work universally on all three iDevices, it’s a $0.99 GPS controlled game app. The application’s avatar moves only when the user does, working solely by a change in the user’s physical location within a designated area.

Technical Made Easy has debuted Salsa Fresca HD 1.0 for the iPad. The $2.99 app provides detailed recipes with high-resolution images of each type of salsa.

Apps LLC has updated LED Flashlight Multifunction for the iPhone to version 2.1.The $0.99 app supports four major flashlight functions: traditional flashlight, strobe light with user speed control, Morse Code button, and screen light. With version 2.1, the user now has the ability to add a custom techno song in the background while using the strobe light.

Not A Basement Studio has unveiled Manga Rock MF, a free manga viewer for the iPhone and iPod touch. With it, manga can be found with filters by Alphabets, Ranks, or Categories. Chapters are arranged and displayed. Manga Rock MF’s manga source comes from MangaFox, and there are over 6000 titles to choose from.

SellYourMac has unveiled Drunk Sharpie 1.2 for iPhone, iPod touch and iPad users. The $0.99 app allows users to draw on and add embarrassing icons to pictures of their drunk, passed out friends before sharing the photos with others.

Redbot Software has rolled out Time Lapse Photo Journal 1.0 for the iPhone and iPod touch. The $0.99 app allows users to create Photo Journals of their lives, and then play back the photos they take over the weeks, months or years, as time lapse video slideshows. Videos can be uploaded to share on Facebook and YouTube. The app includes advanced iOS 4.0 features, such as auto-save and restore, as well as local Push Notification reminders.

NextGamez has announced Squirrel Goes Nuts 1.1 for iPhone, iPad and iPod touch devices. In the $0.99 game, you’re a squirrel with a mission: to collect as many nuts as possible and grab the key nut. The more nuts you get in one jump, the higher your score will be.

Runware Company has released GooTasks 3.0 for iOS. It’s a free app that offers a way for managing task lists that can sync with multiple Google accounts and your iPhone, iPad and iPod touch. It can also be used without any Internet connection. Changes will be saved and sent to Google the next time you will be connected. GooTasks has a native support for multiple accounts for sharing tasks with family or co-workers by using the same Google Account. 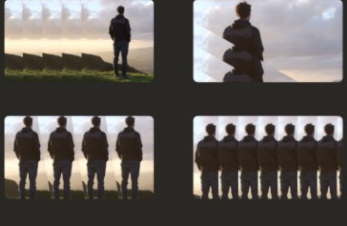