Well, who would have thought iPad would cut into laptops sales. … read that: PC laptop sales. Mac laptops, unaffected. Sort of like viruses and worms, PCs are suffering while the Mac is unaffected.

While there might be a slight dip in the steep growth curve for Mac laptops, they are still selling very well despite the recession. One only has to use an iPad a while to swear off a desktop computer or PC laptop for a lot of applications.

I submit that part of the reason iPad is killing PC laptops is not just about the fabulous form factor and all that makes iPad so revolutionary. It’s also that iPad is an Apple product and all that goes with that perception. Smart, stylish and easy to use, without the learning curve associated with Windows. This sells people who are open to finding a better way to do things.

I had a sonogram test to check my neck arteries for blockages today just as a health screening exercise and the PC laptop running the sonogram device crashed.  As we were twiddling our thumbs as the laptop rebooted, I commented to the sonogram tech, you ought to get a Mac and he sighed and agreed.

I think Microsoft is absolutely stupid to call their new vaporware mobile OS  “Windows Mobile OS 7.”  But, look out, Ballmer has put the geniuses behind the Ken phone to work on the promised mobile OS. Get out the thumbscrews; a lot of people are so fed up with crashing OS and programs, features that don’t work as advertised and the heavy handed Microsoft way things from Redmond are done, distancing Mobile OS 7 from the legacy of torture is entirely logical.  The term “Windows” is likely to raise blood pressure readings on sight.

In marketing, perceptions and product names are vitally important. We eat at a Bob Evans restaurant about once a week, and they royally screwed up naming their new barbecue sauce.  For what ever reason they named it “Wild Fire Barbecue Sauce.” The sauce is not even close to hot, which creates a double problem for them. Those who like really hot barbecue sauce will be disappointed as the product doesn’t live up to the name, and the people like me that don’t like extremely spicy barbecue sauce won’t ever try it to avoid heartburn. Had they just called it “Bob Evans Barbecue Sauce” is would not have raised the expectations of the Hot Sauce fans, while not scaring the heartburn crowd away either.

The barbecue sauce marketing screwup at Bob Evans ought to be a lesson learned in Marketing 101. Personally, if the iPhone was taken off the market and I was forced to buy another cell phone, anything with the name “Windows” attached would instantly make it a non-option. The same is certainly true of a laptop or slate computer. It turns out the OS perception on the slew of new form factors for smart phones, slate computers and even laptops have become much more important than in the past.

The thing that makes the Android OS attractive to cell phone manufacturing companies is that the major investment and OS recognition that comes with the free licensing Google offers gets around the head start Apple has in its iOS. Nokia has two mobile OS offerings, RIM has its OS, Microsoft is working on it, Palm sold out to HP and there are a few other also-rans. Watch for the OSs for Slate computers to be the next big blood bath.I would short Microsoft, if you are into stocks, go long on Apple and Google. Rim, Nokia and HP are too late to press their market advantages as Apple and Google seem to have the critical mass to dominate the Slate computer OS market.

Just as Window and the Mac duked it out over the computer OS market with Linux and other operating systems never gaining critical mass, so it is with the Mobile and Slate OS market.  Being late to the party in this case is not fashionable, it is devastating. Microsoft, Nokia, Rim, HP/Palm and anyone else trying to get the OS, app store, installed base and customer recognition to be successful in the smartphone and the coming slate computer market failed to be visionary and are doomed to eat Apple’s dust and lose out again in the next big thing in electronics.

AppleTV device is a game platform

The news that the new Apple TV device runs on the same chip and iOS as the iPad, iPhone and iPod touch further enlarges the route from Apple to include the living room market. This is both TV content and games. With the horsepower in the Apple TV device, playing app games can’t be far behind. It is so Apple to launch things without announcing the full potential and what is coming that will blow your socks off.

Many have suggested that Apple get into the video game market. Well, stand back, here comes the interface that we know will hook up remote computers with Wi-Fi to your HDTV. Since the iPhone, iPad and iPod touch all have the various radios, vector sensors and the like needed to be a game controller, all you need is software and that is already in the bag.

Remember the old ad slogan, “Certs is a Breath Mint, ….. No, Certs is a Candy mint!” Well, Apple TV is more than just an electronic pipe line to stream TV content. Apple TV is a game platform. It is a stealth game platform that will run iOS games on your HDTV.  That’s my Bite on the situation. 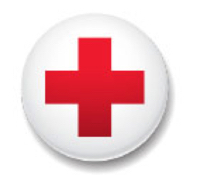