Bernstein Research analysts Toni Sacconagh and Pierre Ferragu told clients in a research note that Apple needs a Verizon iPhone if it’s serious about warding off the Android threat.

As noted by “Barron’s (http://blogs.barrons.com/techtraderdaily/2010/09/14/apple-to-ward-off-android-threat-it-needs-a-verizon-iphone/) the analysts say that the daily run-rate for Android phone sales has more than tripled in the last seven months, to 200,000 phones a day from 60,000. Sacconagh and Ferragu estimate that 53 million Android phones will ship this year. With that in mind, the Bernstein analysts think the Android installed base could exceed that of the iPhone in a little over five quarters.

One of the main reasons for the Android’s momentum is the fact that the iPhone is still selling through just one carrier in some countries, including the U.S., where AT&T (T) remains the exclusive carrier. Sacconaghi says Apple needs to add versions of the phone for the large carriers that don’t currently sell it, including Verizon Wireless, Vodafone Germany, NTT DoCoMo and China Mobile.

Sacconagh and Ferragu believe Apple needs to strike distribution deals with these carriers, “even if it has to sacrifice some pricing power since doing so would still be accretive to company gross margins, and take away the strong foothold it currently provides to a potentially formidable competitor,” says “Barron’s.” 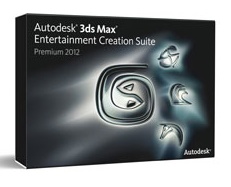