Thirteen percent of current pay TV subscribers in the US say they are “somewhat” or “very” likely to cancel their current subscription in the next 12 months — and not sign up with another provider — according to a survey of 2,000 US households recently conducted by Strategy Analytics (http://www.strategyanalytics). And I may be among them.

The firm says that “cord cutting,” the practice of dropping traditional paid television service in favor of free broadcast or Internet-delivered “Over the Top” (OTT) content is a growing trend. And if all cable and satellite companies are gouging customers like they’re gouging me (my Comcast bill jumped $42 from one month to the next with no change in service and no explanation — yet — as to why), who can blame them?

“While it may represent only a relatively small percentage today, we anticipate the number of cord cutters to increase going forward,” says Ben Piper, director in the Strategy Analytics Digital Consumer Practice. “Service providers mustn’t overlook the next generation of TV subscribers; today’s teenagers are tomorrow’s customers.”

Younger Americans consume and value content in a way far different from their parents’ generation, and have little regard for how content is delivered, according to the report.
Earlier this month Apple re-launched its Apple TV product, hoping to revitalize the product and make it a real contender in an increasingly crowded OTT television market.

Jia Wu, Analyst in the Strategy Analytics Digital Consumer Practice, says that Apple TV hopes to capitalize on its loyal and enthusiastic customer base to fill a void that currently exists in the market.

“Like the music industry prior to iTunes and the iPod, the online premium video market still lacks a perfect provider that can connect a service with a device to create a great user experience,” says Wu. “With its new and improved TV product, Apple is now preparing itself to repeat the success it has had in the music business in the rapidly growing online premium video market.”

I think he’s a little too optimistic, however. I have ordered an Apple TV, but despite its Netflix support and streaming abilities, I just can’t see it replacing cable yet. I’d like to at least see TV tuner features (a la Elgato’s products for the Mac) added. 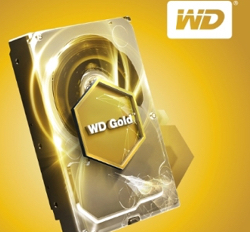