Researchers at Children’s Hospital Boston have developed a new iPhone/iPod touch/iPad application in collaboration with the University of North Carolina at Chapel Hill to engage health care practitioners and the general public in issues of drug safety and real-time pharmacovigilance. The free app, MedWatcher, allows users to track the latest drug safety updates provided by official alerts from the Food and Drug Administration (FDA), as well as news from informal channels such as the media. It also enables users to report information about drug side effects and view reports of adverse events submitted to the application by patients and physicians.

Encyclopaedia Britannica has released three apps for the iPhone, iPad, and iPod touch. The three apps — Volcanoes, Dinosaurs and Ancient Egypt (US$4.99 each) are meant for students ages 8-14.They’re the first titles in a series that Britannica says will provide children in the middle grades with engaging new ways to learn about major school topics using the digital devices they prefer.

MobiCart has launched a mobile-optimized e-commerce solution. The free mobile storefront app development platform for Apple iOS and Google Android devices includes both customized applications for the end-user as well as a comprehensive back-end management platform.

Dante Varnado Moore is offering Prompster, a $9.99 public speaking app designed specifically for the iPad. It’s a teleprompter that scrolls readable text for audible presentations. Prompster can also be used for podcasts or for any scenario that requires a speaker to communicate with an audience using notes or a script.

UnitedHealthcare has released its newly enhanced DocGPS app, putting its vast network of doctors, hospitals, urgent care centers and other health care services in the hands of even more consumers. Version 2.0 of the free app is now compatible with select BlackBerry devices, Android smart phones and iPhones, including the new iPhone 4.

App4touch has launched Periscope 2.0 for iOS. It’s a $2.99 tool for webmasters and network administrators that allows you to quickly access, survey, monitor, check the availability of a list of web sites and make sure that they’re up and running correctly. 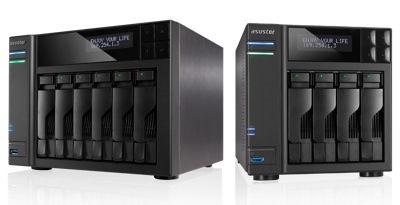