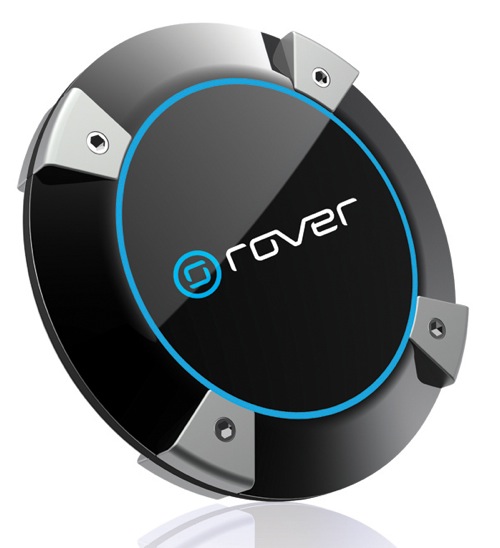 Clearwire Corp. (http://www.clearwire.com) has unveiled Rover. a pay-as-you-go 4G mobile broadband service Rover’s flagship device is the Rover Puck, an ergonomically designed portable Wi-Fi hotspot that lets you share broadband access, or “Puck”, with up to eight devices at home, out on the town or nearly anywhere you wish.

The Rover Puck can slip into a purse or backpack and serve as an on-the-go broadband access point for devices such as laptops, netbooks, the iPad, the iPod touch, smartphones, PSP systems, game consoles, and Wi-Fi enabled digital cameras, among others. Users have the option to connect up to eight Wi-Fi enabled devices simultaneously.

The Rover Puck purportedly features mobile download speeds of three to six mbps, with bursts over 10 mbps (up to 4x faster than conventional 3G), using Clearwire’s 4G network. The Rover Puck is available today for US$149.99.

The Rover Stick is a personal 4G USB modem that connects any notebook, laptop or desktop to the Rover 4G Service. The Rover Stick is compatible with MacBook and MacBook Pro laptops using Mac OS X, as well as netbooks and notebooks running Windows XP, Windows Vista and Windows 7. Offering the same super-fast internet speed as the Rover Puck, the Rover Stick is available for $99.99.

New users receive two free days of service to ensure Rover’s metro-focused 4G coverage fits their mobile lifestyle. Rover has a 14-day no-hassle return policy for any device purchases made on rover.com or in CLEAR stores.

Rover is priced at $5/day, $20/week, or $50/month for unlimited 4G internet usage. Depending on the retail channel, customers will be able to purchase a Rover Re-Up PIN code or physical Rover Re-Up card in $20 or $50 denominations. Detailed coverage maps of service availability can be found at http://www.rover.com/coverage .