iPads hurting sales of other Apple products — or maybe not

Is the iPad’s popularity hurting sales of other Apple products? Yes. And no. As with many things in life, it depends on whom you ask.

According to a survey by Alphawise, Morgan Stanley’s internal research team, and investment bank Piper Jaffray, almost 44% of iPad owners would not be buying a notebook, and 24%said the notebook they wouldn’t buy would have been a Macbook, while 20% said it would have been a PC, reports the “International Business Times” (http://macosg.me/2/s3).

Meanwhile, a recent survey conducted by Piper Jaffray analyst Gene Munster of 448 iPad buyers found that 99% of respondents hadn’t considered either an iPod touch or iPhone before making the purchase. However, stock analysis firm Trefis said the Apple tablet doesn’t appear to be cannibalizing the company’s Mac sales so far. He told “IBT” that he expects Apple to sell around 10 million iPads in all of 2010 even as the company gained 4.19% of the computer market in the second quarter of 2010, up from 3.49% in the first quarter. And Trefis sees potential for Mac sales to increase even more rapidly than its estimates.

“Considering Apple’s robust computer market performance, it does not appear that many consumers are choosing iPads over Apple Macintosh notebook or desktops,” Trefis told “IBT.” “We believe this could be due to the halo effect that the ballyhooed iPad launch created around all Apple products, including Macs.” 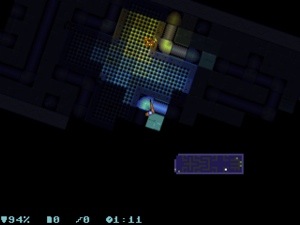 BOH game for the Mac updated with new missions