Scosche Industries (http://www.scosche.com) has released the US$24.99 reVIVE II Dual USB Car and Home Chargers for the iPad. They allow you to charge two devices at once.

According to the Pew Research Center adults between 18 and 29 own four gadgets on average and those between 30 and 64 average just under three, making the need for a dual USB charger even more important. The two reVIVE II models feature both a 2.1 Amp (iPad) and 1 Amp (iPhone or any other USB powered devices) port so iPad users can power  their new iPad and another handheld device simultaneously when at home or on the go. 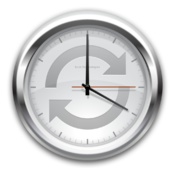