LIFE has announced two new iPad apps: photography book “Wonders of the World” and a Wallpaper app. “Wonders of the World” (US$4.99) features more than 100 photos of some of the most amazing creations in the world, old and new, man-made and natural. LIFE’s Wallpaper app ($1.99), featuring classic LIFE imagery, is the first in a series of themed wallpaper apps from LIFE that will allow users to use iconic photos for their iPad screen background.

Nordersoft has released WordMesh HD 1.0 for the iPad. It’s a take on the word game genre, where players separate two words that have been meshed together. The words, which float in 3D space, are manipulated by the player and as they clear each level the words get longer and the puzzles get harder. Starting with simple six-letter puzzles, players score points to gain time. The game progresses until only the best and brave are attempting the huge 16-letter WordMeshes. WordMesh HD 1.0 is free to download, with a full unlock within app for $1.99.

SharkWatch 1.0 for the iPod and iPod touch has swam from Fortuna Mobile. It’s a $0.99 a go-to social networking app, dedicated to shark sightings and education, or anyone curious about our ocean’s apex predator. SharkWatch! users can share their shark encounters with other users of the app, as well as with Facebook and Twitter friends, browse through nearby shark sightings, find out which species of shark may get up close and personal at the local beach, and more.

Galarina has introduced WiiPhoto 1.0, a new iPhone app that turns your widescreen TV into a digital photo frame. Developed specifically to take advantage of the iPhone’s unique capabilities and touch interface, the $2.99 wirelessly transfers photos from a variety of sources to the TV by using a Wii console that’s connected to the TV. Possible photo sources are the photos on the iPhone/iPod touch/iPad itself, Flickr, Facebook, SmugMug, iPhoto or a Mac.

Nigel Green has introduced Cuppa-Time Version 1.0 for iPhone and iPod touch. The $0.99 app stores the personal preferences of people in regards to how they take their tea or coffee.

Concern Wormwood has produced Mazespace of the Vor 1.0, their debut app for the iPhone, iPod touch, and iPad. Available as a free download, Mazespace of the Vor is a casual puzzle game with a “space maze” theme. It comes with an initial recruitment game mode designed to introduce the central game mechanic to new players, as well as with In App purchase of additional game modes available.

iGameGuides has published unofficial Guide for StarCraft II Units and Buildings for iPhone and iPod touch devices. The $0.99 guide includes a 12,000 word guide written by Chris Jensen, author of over 30 books for Prima, Sybex and Brady.

macProVideo.com has announced its free “N.E.D. for iPad” tutorial-video player software. It’s the latest release in the company’s line of N.E.D. tutorial-video players that includes N.E.D. for Mac and PC, and N.E.D.i for the iPhone and iPod touch. All of the N.E.D. applications allow users to download and/or stream software tutorials for popular Mac applications directly to their computer or preferred mobile device.

WET Productions has announced My Virtual Girlfriend 1.1.0, an update to their $0.99, humorous virtual dating app for the iPhone and iPod touch. Featuring hundreds of ladies, My Virtual Girlfriend offers a variety of virtual girls for players to spend their spare time with, each with her own unique personality, and ready to receive or rebuff the player’s advances. Version 1.1.0 offers a host of new features, including support for iOS4, additional levels, a progressive rewards system, and more.

Cramzy has released 18,000 Cool Jokes HD 1.0, a version of the $0.99 jokes app, designed especially for the iPad. The app selects the next jokes based on the user’s ratings compared to the other users ratings, so the more the user rates jokes the more the algorithm perfects the selection.

Kevin Ng Games has updated its $0.99 iPhone game, Kick Flick 2010, adding iPad and iPhone 4 Retina Display support. Free to existing users, it’s a soccer game in which the player takes free kicks. Emulating the free kick heroics of famous players, the player must swerve the football around the wall of players and past the keeper, albeit by flicking the ball rather than kicking it. The game lets players compete online both worldwide and with friends. 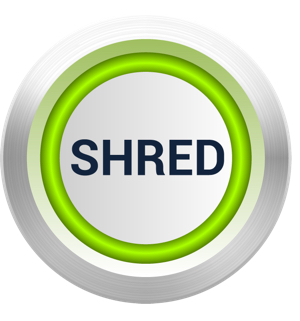