DISH Network has announced a free app for the iPad: DISH Remote Access. It’s specifically designed for the tablet and allows users to control their televisions and manage their programming remotely.

Focusing on adapting their endpoint security and data loss prevention cloud services to the lifestyle of modern businessmen and gadget-loving home users, CoSoSys has is offering the free My Endpoint Protector app for the iPhone, iPad and iPod touch. The new Software as a Service App brings real time device control monitoring and the possibility to stop data theft or data loss, identity theft or malware infections at the fingertip of iPhone and iPad users.

Group Text SMS is a new, free iPhone app that allows users to create groups of contacts users can send a text to. Rather than having to manually add each name through the Messages app, users can create a group and use it time and again.

Chillingo has debuted Master of Alchemy, a new physics-based puzzle game. The iPhone/iPod touch version is US$0.99; the iPad version is $2.99.

For on-the-go home buyers, The Real Estate Book/RealEstateBook.com, the publisher of real estate information online and in print in North America, has launched a free application that provides iPhone, iPod touch and iPad users with access to all its listings.

Waldorf Astoria Hotels & Resorts is offering a new, free iPhone app. In keeping with the expansion of Hilton Worldwide’s portfolio of smartphone applications launched earlier this year, Waldorf Astoria guests can now secure early check-in on-the-go or peruse the many hotel options around the globe.

LanSchool Technologies has produced a new, free student app that allows teachers to assess and interact with students. The LanSchool Student app turns an iPad, iPod and iPhone into a student response system. Teachers, professors and trainers can ask students questions, and the results come back in real time.

Adventist Health is the first Oregon hospital to offer iTriage, a smartphone application that allows consumers to locate vital medical information and local medical services on their smartphone. The free application, which is a result of a partnership with Healthagen, can be downloaded for the iPhone, iPod touch, or Android smartphones through app stores, or by logging onto http://www.adventisthealthnw.com .

Duff Research has cooked up Rocknor’s Donut Factory, a $0.99 iPhone version of the PC puzzler from Monolux. In this strategy game, players help Rocknor save his factory by learning the craft of donut-making. There are over 110 levels.

Design engineers and purchasers in China, India, Japan and other countries in the Asia-Pacific region can now conduct business with DIgi-Key Corp. wirelessly with the availability of Digi-Key’s free app for iPhone, iPad, and iPod touch users. The ap is currently available in English and allows customers to make Digi-Key purchases in local, Digi-Key supported currencies.

Pointer Software Systems has announced Snoring U 2.1 for the iPhone and iPod touch. The $4.99 app gives users the “nudge” they need to roll over and stop snoring, while providing information to the user’s doctor about their sleep disorder. The nudge is a vibration with iPhone, a sound that the user can choose or record, or both. Snoring U 2.1 listens as the user sleeps, and when it detects snoring, it can deliver the nudge to prompt them to stop snoring and roll over.

Runtastic has released runtastic Pro 1.4.7 for iPhone, iPod touch and iPad users. The $5.99 app is an all-in-one exercise assistant designed to help users get the most out of their daily exercise routine. In version 1.4.7, an altimeter feature is offered for skydiving enthusiasts and mapping and route planning capabilities for car or motorcycle trips.

Werner Freytag has updated Board for the iPad to version 1.1.2. The $0.99 app provides users with a way to create their own personal bulletin board, where they can add notes, lists and photos with decorative buttons, pins and magnets.

Pushplay.net has published Book of Fate 1.1 for iPhone, iPod touch and iPad users. Ancient scrolls, Napoleon and divination come together in this $1.99 app.

MotionObj is offering a free version of SimplyTweet 3, their Twitter app for the iPhone and iPod touch. The free version is ad supported.

Coconut Island Studio has unleashed Finger Balance 1.01, and update of their casual, $0.99 title for iPhone, iPad and iPod touch devices. Its gaming concept is simple: use your two fingers to move a metal rod balancing a ball towards a target.

Hot Chili Apps has announced Glow C@rds 1.9.5, an update of their $1.99 app for iPhone, iPad and iPod touch. It offeres templates for sending a “glowing” message to someone.

PhatWare Corp. has released WritePad for iPad French, German, and Spanish Editions. These new international versions of WritePad feature integration with the Twitter client and the advanced handwriting Input Panel for text entry, in addition to the full screen handwriting mode. WritePad Deutsch, WritePad Francais, and WritePad Espanol for iPad are available now and priced at $9.99 each.

Shacked Software has rolled out Flickpad 2.0, an update to their $9.99 Flickr and Facebook photo app designed specifically for the iPad. 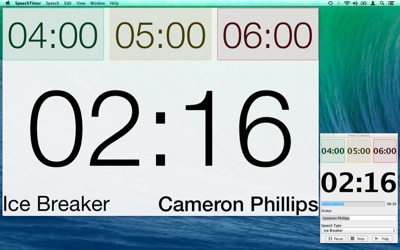