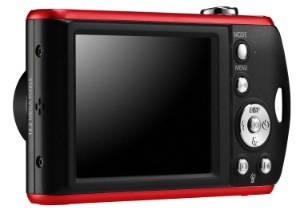 Samsung (http://www.samsung.com) has announced the 12.2 megapixel PL90 featuring a built-in USB connector, enabling consumers to capture images and connect to a computer on the move without the need for additional wires or cords. It’s due next month for US$149.99
The PL90’s integrated USB connector allows content to be shared with the camera’s plug and play capabilities, including the Auto-install intelli-studio software, and instant access to any computer via the USB. In addition, users will never have to worry about running out of power with the PL90, as the USB connector also allows consumers to charge the battery without a separate power cord, says Sangjin Park, president of the Digital Imaging Business, Samsung Electronics.

The PL90 also features Samsung’s Perfect Portrait System that includes several modes to help users take better photos. With the Self Portrait function, users can step out from the behind the camera and know they will be in focus because the camera tracks the subject’s face and alerts the user with an audible noise when the subject is in frame.

The Face Detection feature automatically detects and recognizes up to 12 different faces simultaneously. The Beauty Shot function allows users to adjust brightness and face tone, while also reducing flaws on all faces in a photo. The PL90 also incorporates Smile and Blink Detection features that automatically snaps a photo when the subjects are smiling and intelligently detects if the subject’s eyes were closed in the shot.

In addition, the PL90 features the intelligent and advanced Smart Album feature. Smart Album enables users to locate pictures without trawling through every individual photograph by automatically managing content on the camera so users can search for images based on the date, time or even color.