Counting the iPad as a computer (and why not? it runs a specialized version of Mac OS X) Canalys (http://www.canalys.com) says Apple is now among the top five global personal computer vendors.

According to a new report by the research group, Apple rates in the top five, following the iPad’s capture of approximately 6% of the portable computer segment during the second quarter of 2010. Yep, Canalys counts the iPad as a portable computer.

“Apart from the ‘Apple effect,’ the iPad owes its success to a lack of advancement in other portable computing segments, such as netbooks,” Chris Jones, a Canalys principal analyst, said in a statement to “eWeek” (http://macosg.me/2/lm). “To capture share moving forward, PC makers will have to take the netbook to the next level or go after new customer segments with their own pads.” 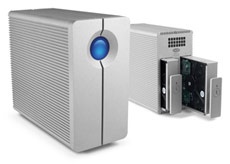