I know you just love talking on your new iPhone 4 (and, nope, no “antennagate” jokes here). But puh-leeze don’t do it while you’re driving.

U.S. drivers say they are seeing first-hand the danger of driving while distracted — or DWD; add a new acronym to your vocabulary. A new public opinion poll conducted by Harris Interactive for Nationwide Mutual Insurance Company shows nearly four out of 10 (38%) drivers say they have been hit or nearly hit by a driver distracted by their cell phone.

The telephone survey of 1,004 adults conducted in June confirms Americans’ increasing use of smart phone applications is creating new distractions behind the wheel in addition to talking on the phone and texting while driving. According to a previous DWD survey (conducted for Nationwide by Harris Interactive in April), among the millions of Americans who download mobile applications for smart phones, more than one in four admit to using those apps while driving.

“The number of Americans who multi-task by using a mobile application while driving becomes more troubling as the market for feature phones and applications steadily grows,” says Bill Windsor, Nationwide’s associate vice president for Consumer Safety. “This summer alone, a multitude of new generation cell phones — including the new iPhone — will hit the market offering more features to multi-task on the go.”

So what are people doing with their phones behind the wheel? According to the new survey, the cell phone apps most used while driving are ones that allow drivers to access GPS, send and receive email, search the Internet and read and post messages on Facebook and Twitter.

“Many of the 500 million Facebook users have an app on their phone so they can read and post messages when they’re away from their computer,” Windsor adds. “Social networking has become an obsession for many people, but it’s critical that people not try to do it while driving. No post or tweet is so important it’s worth losing your life over.”

Technological distractions while driving are not just cell phone related. According to the new survey, nearly four out of 10 drivers have vehicles with built-in technology — including a DVD player or video monitor (17%), music search (14%), capability to make phone calls (13%), GPS (13%) and Internet access (2%). Of those who have these devices, 82% of drivers use the music search feature, 85% use the DVD/video monitor, 91% use GPS, and 68% use the phone capability.

“As car makers continue to provide in-car technologies — including video, TV and Internet — a good percentage of Americans are going to misuse these devices,” Windsor says “Americans can’t seem to resist the temptation of using new technology while they’re driving. Whether it is the latest smart phone or new in-car technology, many drivers seem more concerned about these toys than focusing on the road.”

For holiday driving safety tips or to see the entire survey go to: http://www.nationwide.com/dwd
Data collection was conducted by Harris Interactive via CATI (Computer Assisted Telephone Interviewing) from June 9-13. 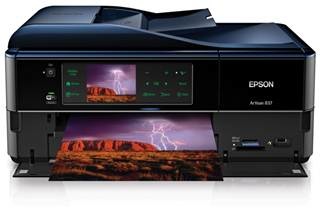