The iPhone coming to T-Mobile this year?

Verizon? Who needs Verizon? T-Mobile USA “is very close” to getting the iPhone in the fall, ending Apple’s exclusive relationship with AT&T, according to “Cult of Mac” (http://macosg.me/2/kn), quoting a “highly placed source at the wireless company.”

Talks between Apple and T-Mobile are at an advanced stage, the source says. “Cult of Mac” says its “80% likely” that the iPhone will be coming to T-Mobile in the third quarter of 2010.

T-Mobile’s parent company, Deutsche Telekom, which carries the iPhone in Germany, was able to influence, the source said. T-Mobile USA is the fourth-largest U.S. carrier with 33.7 million customers.

This is not the first time T-Mobile was rumored as a possible iPhone carrier. In November 2009 Thomas Weisel analyst Doug Reid predicted that T-Mobile and NOT Verizon will land the deal. Why?

Verizon and Google represent one side of the warring wireless camps vying against Apple/AT&T, while the Motorola Droid effort represents another, he said. In that scenario, T-Mobile makes an easy addition to the Apple empire, the analyst adds.

“Apple wants to move away from exclusivity; T-Mobile would achieve this for Apple in the U.S.,” Reid said. Apple already sells iPhones through Germany’s T-Mobile unit. 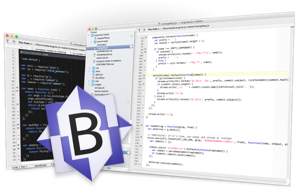