Viaden Mobile has released All-in Fitness, an A to Z fitness app for iPhone and iPod touch. The $2.99 app helps you organize your workouts and training.

David Palmerio has introduced Blues’n Jazz 1.0 for the iPhone and iPod touch. The free app is designed specifically for the small iPhone screen and serves to explain beginning guitar for both blues and jazz, as well as theory, chord formation, structure and more. The musical notation is accompanied by audio and movie recordings.

i-Itch Inc has rolled out Bead Friends 1.0, a $0.99, virtual friendship bracelet app for iOS. It allows the user to select a bead shape, paint it, decorate it, string it, and complete a bracelet which can be saved or edited. The final touch is adding a personally inscribed message tag to the bracelet and sending it as a greeting to a friend. Also an educational tool, it teaches pre-math skills like colors, shapes, and patterning.

Weber-Stephen Products has served up Weber’s On the Grill for the iPad. The $4.99 app offers more than 250 recipes from cookbooks such as best-sellers “Weber’s Way to Grill,” “Weber’s Real Grilling” and “Weber’s Charcoal Grilling” — all written by 2010 James Beard Award nominee Jamie Purviance.

Parents will find guidance on how to create healthy sleep habits for their infants in a new iPhone app created by pediatricians Dr. Marc Weissbluth and his son, Dr. Daniel Weissbluth. The Weissbluth Method Infant Nap app was inspired by Dr. Marc Weissbluth’s book, “Healthy Sleep Habits, Happy Child” and is also compatible with iPod Touch and iPad. For a limited time, the app is being reduced from $5 to 0.99.

Viaden Mobile has unveiled All-in Fitness 1.0 for iPhone and iPod touch. It’s a $0.99 app for for fitness rookies, pros and intermediate athletes and offers support and guidance during exercise.

Kraft Foods has cooked up Big Fork Little Fork for the iPad. The $1.99 app offers 300 recipes, how-to videos, games, and interactive elements to help transform the way parents involve their kids at mealtime.

Sid-On has announced Share Board 1.0 for the iPhone, iPad and iPod touch. The $3.99 app gives users ways to create, collaborate, share information and even play. Share Board allows up to four users to connect simultaneously via Bluetooth or Wi-Fi and supports cross-functional linking between iPhones, iPads and the iPod touch.

Ludia and FremantleMedia Enterprises (FME) has released the Family Feud game for the iPad. The $6.99 game brings the TV game show game experience to the Apple tablet.

RemoteScan Corp., which offers software solutions for converting document scanners and digital cameras into network devices to be used with electronic medical record and financial management systems, has released iRemoteScan for the iPad and iPhone. With the free app, people can now remotely operate scanners which are connected to computers and workstations.

ForRent.com, a resource for apartment searches nationwide and a division of Dominion Enterprises, has launched its free iPad application. The app lets you search for apartments for rent.

EcmaSoft has announced Tap Tanks 1.1, an update of their free game for iPhone, iPad and iPod touch devices. In the game, action takes place on the battlefield between small tank formations. Starting out, players have the ability to combine chassis and weapons to create up to 16 different types of units. Each combination has its own strengths and weaknesses. A player can improve military units, giving them additional features. Tap Tanks features doodle style 3D graphics, advanced AI and unique units control system.

Danholt4mac has released updates to both its Calories 2 application and iPhone client Cal2Go 1.1. Calories helps track your daily nutrition, body weight data and activities. Cal2Go is specifically designed as an enhancement to the beloved Calories 2 application. The apps cost US$29.90 and $3.99, respectively.

TriX Software has rolled out TrailBlazer Pro 3.2 for the iPhone. The $3.99 app includes a new live Tracking Service allowing the location of family and friends to be monitored and updated live. You can track up to 10 people at once using your iPhone or using a web browser on your iPad, Mac or PC.

Emerging Healthcare Solutions is moving to incorporate Apple’s new FaceTime video chat feature into its MedAnywhere medical iPhone app and modules currently in development. FaceTime, one of the main new features of Apple’s latest iPhone offering, is designed to provide simple, easy-to-use video-chatting capabilities to cellular users. Although the technology currently requires iPhone 4 and only works over Wi-Fi, the company has stated that it plans on making its underlying protocols an open standard and work with mobile providers to include support for cellular data at a later date. VITEB is EHSI’s development partner on the MedAnywhere app project. 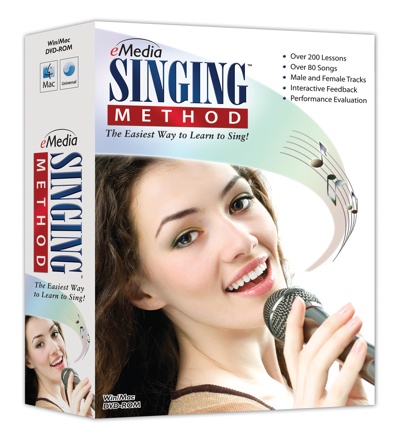