Another day, another lawsuit. Apple is being sued over the antenna problems of the iPhone 4. The widely publicized problem is that some users see a degradation in the cell signal when they cover the lower left corner of the iPhone 4 with their left hand.

As reported by “All Things D” (http://digitaldaily.allthingsd.com/20100701/apple-att-sued-over-iphone-4-antenna-issue/), the lawsuit was filed in federal court in Maryland Wednesday on behalf of a pair of Maryland residents who purchased two iPhone 4s each “only to find they suffered significantly reduced reception and performance when handled the way any reasonable person would handle a cell phone.” The class action accuses Apple and AT&T (T) of knowingly selling phones with a defective antenna design.

“Plaintiffs were sold defective iPhone 4 units, which drops calls and data service when held in a manner consistent with normal wireless phone use,” the complaint reads. “Plaintiffs have experienced numerous dropped calls, and as a result, Plaintiffs are left with a device that cannot be used for the normal purpose and in the normal manner in which such devices are intended to be used. Plaintiffs are unable to return the phone without incurring a substantial restocking fee. As a result of the defect in the iPhone 4, Plaintiffs have suffered monetary damages. Defendants’ design, manufacture, marketing, distribution, or sale of the defective iPhone 4 has directly and proximately caused all class members to suffer injury.”

Foxconn still not ‘off the hook’ 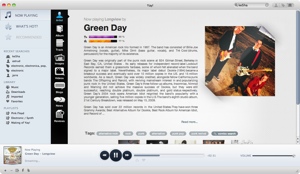