Apple’s iPhone 4 includes components that cost as little as US$187.51, according to market research firm iSuppli — as reported by “Bloomberg Businessweek” (http://www.businessweek.com/technology/content/jun2010/tc20100627_763714.htm).

Materials and parts for Apple’s iPhone, which went on sale on June 24, include a 3.5-inch LCD screen that Apple calls a “retina display.” As the smartphone’s most expensive component, it costs $28.50 and may have been made by LG Display, iSuppli says. The iPhone 4 sells for $199 and $299.

The estimate doesn’t include costs for items such as labor, shipping, advertising, software development, or patent licensing. iSuppli analyzed a 16GB version of the iPhone 4. As with the iPad, Apple used an internally designed A4 processor that was made by Samsung Electronics (005930:KS) and costs an estimated $10.75, notes “Bloomberg Businessweek.” 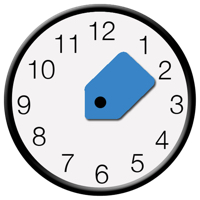