comScore (http://www.comscore.com), a company that “measures the digital world,” has outlined the impact the first three generations of Apple’s iPhone have had on the European mobile market, in light of record pre-sales and extraordinary consumer demand for the iPhone 4, which launches today.

And reports say that crowds have lined up globally to get their hands on one. In fact, over 1,000 people, many queuing through the night, besieged a store in downtown Tokyo on Friday as the iPhone went on sale in Japan for the first time. The iPhone 3G went on sale at 7:00 a.m. at the flagship store of Softbank Mobile in downtown Tokyo. More than 500 people queued outside Apple’s store in the Ginza district.

iPhone owners are the most voracious consumers of mobile media: 94% use mobile media, 87% use applications and 85 percent browse the mobile internet. With just 4 % share of the European market, iPhone users represent 12% of all mobile media users.

“The iPhone 4 is set to have a huge impact globally with pre-order handsets selling out and retailing websites buckling under the pressure,” says Jeremy Copp, vice president Mobile Europe, comScore. “To date the iPhone has had a disproportionate impact on the European mobile market considering its relatively modest installed base of around 10 million. It has catalysed the consumption of mobile media and opened the eyes of brands to mobile as an engaging marketing medium. However, it has also prompted other device manufacturers and OS vendors to elevate their game so the poster-child of the smartphone generation now faces serious competition.”

The European smartphone market is growing 38% year-on-year, but the most recent year has seen some significant developments. In the last 12 months, although the dominant OS, Symbian, gained device owners, market momentum has now moved to the North American operating systems of RIM, Apple and Google, each of which has grown by substantial percentage over the past year.

“Google’s Android is most certainly the one to watch,” adds Copp. “It has gained about 1.7 million users in a very short period of time and now accounts for 3% of the European smartphone market. Crucially, Android user mobile media consumption is very high — slightly behind but comparable to that of Apple. Eighty-nine percent use mobile media, 78% applications and 83% browse the mobile Internet. The Droids are coming and current demand for the iPhone 4 implies a titanic battle between Apple and Google is imminent.” 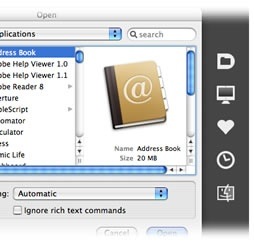