The 1394 Trade Association (http://www.1394ta.org)– of which Apple is a member, has issued a trio of new specifications focused on video compression, audio and music transmission, and set top box functionality.

The Trade Association’s USA Set Top Box Test Specification Revision 1.0 defines a set of tests to verify the functionality of the 1394 interface — better known as FireWire to Mac users — as defined in the Federal Communications Commission (FCC) mandate for a functional 1394 interface in the STB. The standard defines a set of tests that when executed will verify a USA Set Top Box has correctly implemented all the required functionality.

The revised BT.601 specification on the transport of uncompressed or compressed video addresses the upcoming analog ‘sunset’ directive that applies Jan. 1, 2011 to new Blu-Ray products. The “image constraint token” eliminates the potential for pirated unencrypted video. With this revision, BT.601 has been updated with the token for use with Blu-ray players.

Data in the 4:2:2 format of ITU-R BT.601 includes compatible extensions to the format for the higher and lower resolutions of other commonly used video resolutions over 1394. The data formats for the encapsulation of video data are compatible with those specified by IEC 61883-1.
The specification provides a list of compression codes controlled by the 1394 Trade Association and a reference to one video compression codec, minimum, to assure interoperability and bounded implementation complexity.

A new version of the Audio Music Data Transmission Protocol (v 2.2) addresses multichannel audio formats for Blu-Ray. It supports all popular surround configurations like 5.1 and 7.1 and is extensible to 32 channels of surround. The new version also addresses the analog sunset directive, and describes a protocol for the transmission of audio and music data over IEEE Std 1394-1995 or later, including the transport of IEC 60958 digital format, raw audio samples, and MIDI data.

The 1394 Trade Association is a worldwide organization dedicated to the advancement of the IEEE 1394 standard. The 1394TA, which is led by multinationals such as Apple, Fujitsu, Microsoft, Molex, Panasonic, Texas Instruments, and others, has entered its 15th year of promoting 1394. FireWire is used today in computer, entertainment, and professional products, and in a wide range of specialty applications such as music, defense, aerospace, industrial, and robotics products. 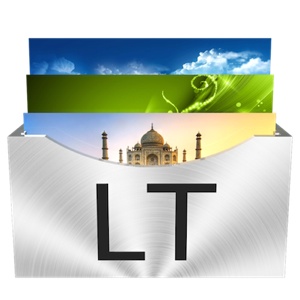