The Apple spokesman was clearly shaken as he announced to a stunned press conference the unbelievable news that iPhone has finally been “killed” by a competitor’s new smart phon that is “light years ahead of Apple R&D.”

The promising launch of iPhone 4 has been cancelled and shipped stock recalled, 450,000 Foxxcom workers have been laid off. Email from Apple will go out to customers soon explaining the sudden withdrawal of Apple from the cell phone market.

Steve Jobs has announced his early retirement and put his jet up for sale. Jobs is planning to sell cold refreshments from his new ice cream truck. He says he is hoping for a hot summer at the beach.

“I always wanted to drive an ice cream truck” Jobs gushed, as he was interviewed leaving the Apple Campus in disgrace. “We can’t come back from this technological Waterloo. Wouldn’t you know it, if a true iPhone Killer was coming, Microsoft and Balmer are the ones to have done it.  I guess they are just smarter than us.”

Apple’s worthless stock is expected to be withdrawn from the market and the entire stock market may decline to  disastrous levels as this earth shattering Information sinks in the tech sector. The only hope is that the company behind the iPhone Killer will see its stock rise on this news.

The news that set the Apple decline in motion was a leak about secret sales figures for the blockbuster smartphone “Kin,’ designed and manufactured to run Windows Mobile 7, (when it comes out). According to normally reliable sources. in only 6 months time, the Ken Microsoft Smart Phone has sold nearly 500 units. My sources tell me that the numbers were much higher before Ken returns were factored in.

The other Steve stated, as he gloated, grinned broadly and stuck his tongue out. “We did it!  We beat Apple to the punch!”

When questioned about the return problem with Kin, Balmer stated that once they started firing employees who returned their Kins, the rest of the management staff decided to keep theirs. Thus, there shouldn’t be many more embarrassing returns.

Verizon is now paying US$50 cash, without a contract, to anyone willing to take a Kin. Balmer winked as he stated that if Kin is whipping Apple now, just wait till “Barbie” comes out. Mattel, the manufacturer of Microsoft phones, could not be reached for comment. 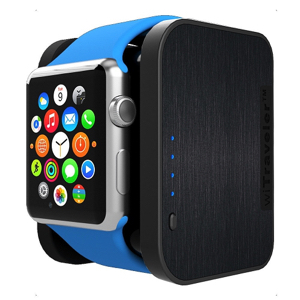 The Ghost Archives: Haunting of Shady Valley comes to the Mac