“The competitiveness of the smartphone app market will intensify over the next few years as developer ecosystems become more competitive with Apple’s app store,” says Frank Dickson, In-Stat analyst. “There are no less than eight notable smartphone OSs, and the number is more likely to grow rather than shrink. Google will exploit its Internet dominance, and Apple will leverage its development community and stable platform. Microsoft is placing its bet on Windows Mobile 7.”

° Games and Music/Radio are the top two news and entertainment smartphone apps downloaded.

° The number of Android apps downloaded is growing at the fastest rate; however, Apple applications still dominate both free and paid downloads. 2012 witnesses the last of the Palm OS applications downloads. 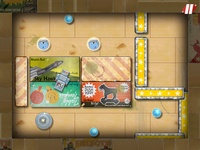