Disney Interactive Media Group is offering Toy Story 3 for the iPhone and iPod touch. It’s free to download and lets fans play, personalize and stay connected to their favorite “Toy Story” characters, stories and happenings through both free and premium content that can be purchased within the app, ranging in price from US$0.99 to $3.99.

AveComics is partnering with Markosia to publish their comic books and graphic novels catalogue. All the Markosia titles will be available on the AveComics iPhone or iPad applications, but also from the avecomics.com website or from the Android AveComics’ application.

BOOM! Studios has announced BOOM! Studios Comics 1.0 for the iPad and iPhone. Built on comiXology’s digital comic platform, the BOOM! Studios Comics app launches with a number of top pop culture-inspired titles including comics based on “28 Days Later,” “Die Hard” and a word-for-word comic translation of Philip K. Dick’s “Do Androids Dream Of Electric Sheep?,” as well as BOOM! Studios’s top-selling original series “Irredeemable,” “Incorruptible” and “The Unknown.” BOOM! Studios Comics 1.0 is now free and available worldwide exclusively through the Apple App Store in the Books category. The comics start at $1.99 each.

CounterPath Corp, a provider of desktop and mobile VoIP software solutions, has announced the worldwide availability of Bria iPhone Edition for Apple’s iPhone, iPad and iPod Touch. It’s a standards-based VoIP softphone that works over both 3G and Wi-Fi networks. Bria iPhone Edition integrates with other CounterPath desktop and convergence solutions, as well as with enterprise and carrier infrastructure equipment from major vendors such as Alcatel-Lucent, Ericsson, BroadSoft, Metaswitch, Avaya, Cisco and NEC. Bria iPhone Edition is being sold at an introductory price of $3.99. Customers have the ability to upgrade the client to include G.729 support.

The first-ever iPhone application for insurance agents called LeadsROI was created by InsuranceLeads.com. The free app allows agents and other financial professionals to pull together a variety of figures — the number of leads, cost per lead, percentage closed, annual premium per closed policy and first-year commission (percentage).

JoyBits has introduced Doodle God, a $0.99 puzzle and board game for iPhone and iPod touch devices.

Oniric Games has unveiled Doodle Planets 1.0, a $0.99 planet eating game featuring doodle-style graphics for the iPhone and iPod touch. In Doodle Planets you help Snacky, a crazy-looking space creature, eat as many planets as you can while avoiding obstacles and collecting power-ups.

MultiEducator has introduced Aircraft Carriers of the US Navy 1.0 for the iPad, iPhone, or iPod touch. Fourth in their “History on the Go” series of iPhone apps, the $1.99 app features more than 420 high resolution photos. A total of 67 ships are listed with histories and hi-res photos, all now in the public domain.

Adduce Studios has rolled out Mushy 1.0 for the iPhone, iPad and iPod touch. The $0.99 app is for anyone who enjoys mushrooms and foraging. Using the iPhone’s GPS, Mushy makes it simple to mark your mushrooming spots on a map so that you can find them year after year. It’s pre-populated with a list of the most popular mushroom species, so you can record and date the find as well as add your own notes and photo.

G4TV.com has announced G4 1.0, a free app that brings iPhone and iPod touch users access into the world of video games. Just in time for the 2010 E3 Expo, the new app features all the latest gaming headlines, as well as the newest game trailers, reviews, videos, interviews with gaming luminaries and tips, tricks and cheats.

Thumbstar Games has released Fruit Machine Goal 1.0 for iPhone, iPad and iPod touch users. The $1.99 app “combines the action and excitement of a casino slot machine with the thrills and spills of the game of football.”

VoteQuimby has announced iDiscrete 1.1, an update of the $1.99 privacy app for the iPhone. It serves to protect private content, while simultaneously concealing the fact that an app with this functionality exists on the phone.

Urban Design Limited has launched Maths Plus 1.0 for the iPhone, iPod touch and iPad. The $1.99 app lets you improve and enhance your ability to solve everyday math questions by using simple combination of addition, subtraction, multiplication and division.

Intersog has unveiled Pocket CFO 1.0 for the iPad. The $29.99 app turns the iPad into a mobile classroom by combining content with an array of learning tools.

Green Eye has released Pirate Battle 1.2 for iPhone OS, an update to their $1.99 digital realization of the classic game of Battleship. In the original, five different ships between one and four squares in length are hidden within each player’s ocean grid. Players take turns calling out a box, and the opponent declares it a hit or miss. In Pirate Battle, Internet connected players tap a box in their blue ocean grid to fire, getting an explosion or splash in reply.

Jorg Piringer has unveiled Gravity Clock 1.5, an update to his $0.99 clock for the iPhone, iPad and iPod touch. Gravity Clock combines a physics simulator with a minimalist clock design to create the 21st century successor of an hour glass.Version 1.5 adds an alarm, night mode and levitate among other features.

L’Escapadou has introduced Draw with Stars ! 1.2 for iPad and iPhone with new star spinning and color options to create stunning animated drawings. Draw with Star ! is a $0.99 drawing toy that allows anyone to draw animated stars over a night sky canvas or photos from your albums. The app is also packed with sound effects. To celebrate this release, the app will be free of charge on June 16 and 17.

HTC profits cut in half 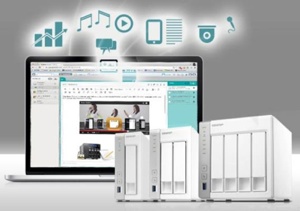