Steve Jobs has introduced the iPhone 4G. He says it’s the biggest leap yet for the smartphone with over 100 plus features. He’s talking about eight main features.

It has a new design with a glass front and rear. Jobs keeps using the word “precision” to describe the iPhone 4G. It’s 24% thinner at 9.3 mm and is, per Jobs, the thinnest iPhone on the planet.

The iPhone 4G has a front camera, receiver home, micro SIM, camera with LED flash and a second mic for noise cancelation.

Jobs says the iPhone 4G has a “retina display” and four timex the pixels in the same space. Ithas really sharp text and 326 pixels per inch. As for the retina display moniker, 300 pixels is the limit of the human retina, Jobs says.

Now the CEO is showing examples of the display resolution. It’s demo time and Jobs said he had to get “special projectors” for the keynote as most don’t display high enough resolution for retina display. The clarity is astounding.

Oops. Jobs is struggling with network issues. Will heads roll? Probably not. He’s much more easy-going about it than he has been in the past when technical snafus occurred.

The iPhone 4G has 960 x 640 pixels, 800:1 contrast ratio (that’s four times better than the 3GS), a wide viewing angle and more accurate color. Jobs says you can’t make an OLED display with this kind of resolution. He says it has 78% of the pixels the iPad has. Jobs says iPhone OS 4 runs existing apps — but they look better.

Jobs says the battery is the biggest item inside the iPhone 4G. He says talk time is seven hours (up from five in the 3GS). Other times: browsing via WiFi, 10 hours; video, 10 hours; music, 40 hours; standby, 300.

Jobs says the environment report card on the iPhone is strong. The device has an A4 chip, up to 32GB storage, 7.2 mbps download, and 5.8 mbps upload. Of course, that’s theoretical as it’s not yet supported. The iPhone 4G has 802.11 Wifi, a gyroscope (three-axis, pitch, roll and yaw, rotation about gravity). Gyro plus acceleration provide six axis motor sensing. All this and a new CoreMotion API make the iPhone “perfect for gaming.”

If you spin it around the gyro senses rotation, Jobs notes. This gets some big applause.

Jobs is demoing a game for the gyro feature. It’s called “Blocks.” So now we have gyro acclerometor, compass, proximity, ambient light sense in the iPhone. Jobs says that the phones are getting “more and more intelligent about the world around them.”

He adds that Apple focuses on better pictures rather than megapixels as capturing photons and low life photography is the key. The iPhone 4G supports 5 megapixels and has a backside illuminated sensor (which is a new feature to smartphones). It also has a 5x digital zoom and LED flash. You tap to focus.

The iPhone 4G supports HD video recording, he says: that’s 720p at 30fps. You tap to focus on video. There are built-in video editing features, one click sharing, and, again, LED flash. The latter will stay on to illuminate scenes for video recording.

Jobs has announced and is demoing iMovie for the iPhone. You can edit on it with themes, transitions and titles.

Darn. Jobs is telling all bloggers to shut off their systems. More later, dudes.

Never mind. We’re back. The name of the iPhone OS is not longer the iPhone OS. IOS is the new name for iPhone OS 4. Jobs say it will have a logo with a “metal” looks, 1,500 new developer APIs, 100 new user features and multi-tasking. He’s demoing multi-tasking now. He’s showing a unified inbox and threading in the mail app.

Jobs is now doing a HTML presentation of Bing on search results. A gold master candidate of IOS 4 will be given to developers today.

Jobs says Apple sold its 100 millionth IOS device this month so there’s “definitely a market for your applications.” Also, iBooks are now on the iPhone.

Job is demoing the new iBook stuff now. He’s showing the PDF bookshelf. He says apple believes that with 150 million accounts, and 16 billion downloads, the iBookstore, AppStore, and iTunes are more than any other store on the web.

Now he’s moving on to iAds. Jobs says Apple is doing this “to help our developers earn money so that they continue to do free and low cost apps.”

iAds are built into IOS 4. Apple sells and hosts the ads. Developers just tell Apple where to put their ads. They’re paid through the same channel as the apps. The developer keeps 60% of the revenue. Apple has been selling iAds for eight weeks now.

iAds are coming July 1. Apple believes that they have 48% of the second half of 2010 mobile ad market in just the first eight weeks with iAds sales.

And now “one more thing.”

Jobs says that in 2007, he got to make the first call on an iPone publicly, now he’s calling Apple design guru Jonathan Ive via real video calling. It looks very cool.

This looks like it works over WiFi, but that’s not confirmed.

“FaceTime” video calling is the name. It works iPhone 4G to iPhone 4G anywhere’s there’s Wi-Fi with no set-up required. The person can see what you’re seeing, portrait or landscape. It’s Wi-Fi only in 2010. Jobs says Apple will ship tens of millions this year.

It sounds like the 3G version will come next year after Apple works with the cellular providers? Providers? Is that plural?

And by the way, I’ve mistyped the name. The name of iPhone OS is now iOS, not IOS as I had it previously.

Jobs says FaceTime will be an open industry standard. He got some big applause when he showed it being used to allow two folks to communicate via American sign langauge.

The iPhone 4S will be available in black and white models: $199 for the 16GB model and $299 for the $32GB version. AT&T will offer upgrade eligibility. If your contract expires any time in 2010 you are immediately eligible — at the same price as new users.

There’s up to six months early eligibility. A two-year contract is required. It looks like the 3GS model is now $99 for an 8GB version, and that the 3G iPhone is now more.

Jobs says it will be in 88 countries by the end of the September. This is the fasteste iPhone roll-out ever.

iOS 4 will require an iPhone 3GS or 4G for all the features. Some will work on iPhone 3Gs and iPod touches, but not all. Upgrades will be free on June 21.

Jobs thanks lots of people at Apple who makes its great products possible. 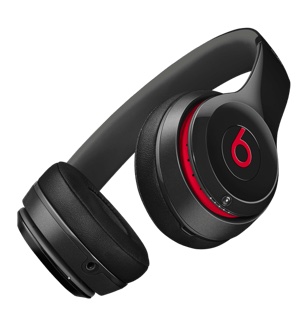