Retrevo: can anything stop Apple and the iPad?

If the rumors are true and all goes according to plan, Apple CEO Steve Jobs will take the stage at the WWDC next week and present the latest version of the iPhone. The latest Retrevo Pulse study asked over 1,000 people (non-Retrevo users) what phone they planned to buy this year and over 20% of the respondents indicated an iPhone. If that number holds up it could be another good year for Apple and the iPhone.

Can Apple create that same iPhone momentum with the iPad? Are we looking at another Apple dominated product category like the iPod did with MP3 players? Microsoft tried unsuccessfully to generate interest in a tablet almost a decade ago. If timing is everything, is the timing right for Apple’s iPad? The Retrevo Pulse study also looked at what, if anything, could possibly hinder Apple’s runaway success in the tablet category.

When Retrevo asked consumers what would prevent them from buying an iPad, of those who don’t already own one or plan on buying one, the most common answer was don’t need one, followed by “too expensive.” When the research group looked at the iPhone owners in that group they found only 26% of those thought they didn’t “need” an iPad. Interestingly, Android phone owners also expressed more enthusiasm, similar to the iPhone group.

It appears that e-Readers and iPads will co-exist nicely in the gadget world as Retrevo found a significant number (40%) of consumers who own or plan to own an e-Reader also plan to buy an iPad this year.

Apps, multitasking, and open vs. closed might be good features to compare between an Android-based tablet and an Apple iPad but when Retrevo asked consumers what would get them to buy an Android-based tablet over an iPad, the number one answer was price. While 53% of our respondents said they weren’t interested in buying a tablet at all, of the other 47% who wanted one a little over half (53%) said they’d buy an Android tablet if it was less expensive than an iPad followed by 33% percent who said if it offered Verizon for connectivity.

Whether or not the iPad will be snapped up by the masses remains to be seen but it’s off to a good start, says Retrevo. As Jobs said Apple has sold one every three seconds since it went on sale. That said, if anything can compete with the iPad it’s going to be an army of Android-based tablets running Android apps selling for less than an iPad, says Retrevo.

The Retrevo Pulse Report is an ongoing study of people and electronics, brought to you by the consumer electronics shopping and review site Retrevo.com. The data for this report came from a 2010 study of online individuals (non-Retrevo users) conducted by an independent panel. The sample size was over 1,000 distributed across gender, age, income and location in the United States. Most responses have a confidence interval of 4% at a 95% confidence level. 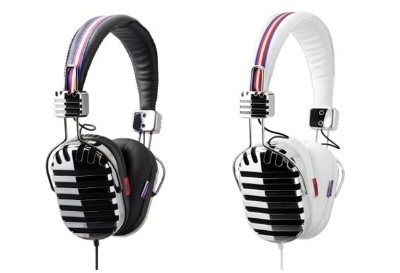