The story of major cell phone companies that dismissed the iPhone rank among the business decision nightmares that rank way up the list on the worst business decision ever. When business classes list the biggest blunders of the history of business, the biggest might well be IBM’s screwup that inflicted Microsoft on the world … sort of like a long term tech plague.

IBM’s early PC entry needed an operating system, and the genius brain trust at IBM figured they wouldn’t sell enough of them to warrant writing the software themselves. So they offered Bill Gates the chance to write and sell the system software that would run on the new PC. If IBN had simply written a system software package for their hardware, Microsoft might not have occurred.

Another blunder: Adobe figured Apple was not the highest priority and took their sweet time launching Mac OS X software. Consequently, they got left in the lurch when the OS took off.  Now they are seeing the error of their ways and sucking up to CEO Steve Jobs. I used to use Dreamweaver to create web sites. What a learning curve that was?

I purchased a giant manual to help me past the non-Apple=ish portions of the program and wished for an easier solution for building web sites. Apple launched iWeb and now I update web sites by clicking on the “publish” drop down menu. There are college level classes on Adobe products because they are so hard to use. Take Photoshop for example. Enter Apple Aperture. Compare Final Cut to the Adobe video editing software. Enough said.

Then there are the the tech buffoons. None come to mind as clearly as John C. Dvorak, who has lived on a diet of Apple crow pie for years. He degraded the iPhone, iPad, iPod, iTunes store and the Mac OS only to admit later he was a bit mistaken and then offer praise. I refuse to click on a story written by him.

I love the double helping of crow pie Michael Dell still eats. When Dell was the big guy he said Apple should shut down and sell the assets to refund the stockholders. Now Dell is hurting, and Apple is closing in on Microsoft.

Will Apple blunder? Sure. It is the nature of business to make mistakes and retool to meet the market. Apple will be quick on it’s feet and do just that if they miss something. I think iPad is the groundwork for major growth for Apple. Anybody want to sell me their Apple stock? 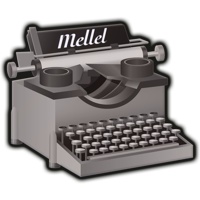 Gartner: companies should deploy technologies to address IT accessibility