Atlona (http://www.atlona.com) has released their first HDMI 1.4 cables, implementing the “flat” cable design.
New content is being produced daily that will utilize recent advances in AV technology including embedded rich content from the web, and 3D video. With HDMI 1.4, this content is now available for home viewing in home theaters around the world.  3D video in particular is making its way to home viewers by summer of 2010, however; this content requires HDMI 1.4.

HDMI’s latest specification supports several 3D formats including Frame Alternative, Line Alternative, Field Alternative, and several other popular formats. Atlona’s new line of cables is designed to surpass the specification requirements of HDMI 1.4, as with previous versions of the Flat HDMI cable line. The cables feature a flat design that allows the cable to conform to flat surfaces such as a floor or wall, however; the reason for them being flat is better performance.

“In a round cable, you have a bunch of conductors smashed around a drain (ground), but the shielding between conductors typically not enough to prevent distortion, especially at long distance” says Michael Khain, head of product development with Atlona. The HDMI 1.4 cables are currently shipping in lengths ranging from three to 50 feet with pricing starting at US$39.99. 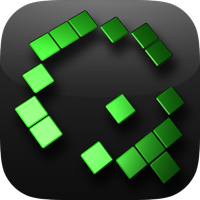