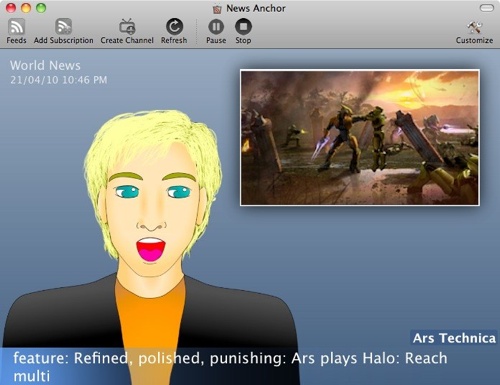 News Anchor is an alternative RSS/ATOM feed reader targeted for the auditory group of Mac OS X users. Instead of treating feeds like e-mail and display them visually, News Anchor utilizes text-to-speech technology to present a television-like news broadcast. Unlike television, users may customize the broadcast by selecting which feeds that they subscribe to.

News Anchor is compatible for Mac OS X 10.5 and up for both Intel and PowerPC based Macs. A demo version is fully functional for 14 days Registration is US$38 for a single user license and $97 for a five-user license.