The market for pocket projectors, which are small handheld devices that enable a larger image to be projected onto a wall or screen in either stand-alone or embedded/dedicated formats, is poised for strong growth in 2010 and beyond.

In its recently released “Pocket Projector Technology and Market Forecast Report,” the DisplaySearch research group (http://www.displayresearch.com) forecasts that the total pocket projector market will grow from 0.5 million units and US$117 million in revenues in 2009 to 142 million units and $13.9 billion in revenues in 2018, a compound annual growth rate (CAGR) of 70% for revenues and 88% for units.

“There were over 130 new pocket projector models released in the market in 2009, along with the first releases of embedded projectors into the market,” says Jennifer Colegrove, director of Display Technologies at DisplaySearch. “Despite this, pocket projectors still face challenges of low brightness, short battery life and high price. Continuing progress in all the technologies surrounding pocket projectors will be needed to achieve the expected growth.”

Here are some additional findings from the “DisplaySearch Pocket Projector Technology and Market Forecast Report”:

° Although pocket projectors leveraging LCOS with color filters dominated in 2009 due to early entrance in the pocket projector market, DisplaySearch forecasts that DLP and LCOS field sequential technologies will take the lead in shipments for 2010. While LCOS field sequential will have the highest unit share in coming years, DLP will lead in revenues. The fastest growing technology in unit and revenue terms will be scanning MEMS. 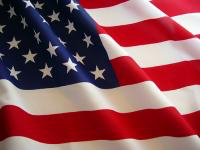 Remember our soldiers on Memorial Day

Dare to be Creative releases SlidePad, a new Mac note-taking