iAds to cost $1 million at launch?

The “Journal” says Apple is making waves on Madison Avenue with its price tag, which comes with initial demands for greater control over advertisers’ marketing campaigns. “It’s a hefty sum,” says Phuc Truong, managing director at Mobext, a mobile marketing business owned by Havas SA whose clients include Sears, Choice Hotels, Amtrak and Volvo. “What Apple is trying to do is certainly above and beyond what’s been done in the past.”

At the April 8 unveiling of iPhone OS 4.0, Apple debuted iAd, Apple’s new mobile advertising platform, which “combines the emotion of TV ads with the interactivity of web ads,” Apple CEO Steve Jobs said. Today, when users click on mobile ads they are almost always taken out of their app to a web browser, which loads the advertiser’s web page.

Users must then navigate back to their app, and it’s often difficult or impossible to return to exactly where they left. Jobs said iAd solves this problem by displaying full-screen video and interactive ad content without ever leaving the app, and letting users return to their app anytime they choose.

He added that iPhone OS 4 lets developers embed iAd opportunities within their apps, and the ads are dynamically and wirelessly delivered to the device. Apple will sell and serve the ads, and developers will receive an industry standard 60% of iAd revenue.

However, Flash ads need not apply. They must be built with HTML. To put it mildly, Jobs is NOT a fan of Flash. iAds can be designed by app developers as well as advertising agencies. 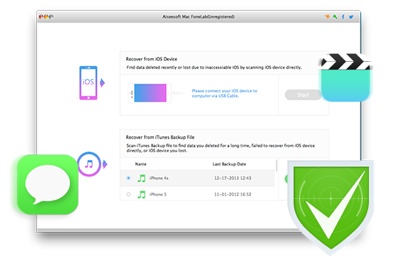