RE:Vision Effects (http://www.revisionfx.com) has announced that FxPlug versions of FieldsKit and ReelSmart Motion Blur are now available, and that new FxPlug versions of Twixtor and DE:Noise have been released. The Effections bundle for Final Cut Pro has also been updated.

FieldsKit (US$89.95 and now up to version 3.0) uses proprietary field reconstruction and adaptive motion techniques to build full frames from fields. You can upgrade the FieldsKit After Effects-compatible version to the FxPlug version for $29.97. Version 3.0 adds support for 8-bit and 10-bit YUV and floating point processing. It’s compatible with Final Cut Pro 6.03 and up and Final Cut Express 4.0.1 and higher.

ReelSmart Motion Blur (RSMB) automatically adds more natural-looking motion blur to a sequence. It’s designed to give video a more film-like feel, and is also useful to reintroduce motion blur for blue or green screen shoots where a fast shutter is necessary to pull a good key. Now up to version 4.0, the regular version costs US$89.95, and the pro version is $149.95.

Twixtor enables you to speed up or slow down your image sequences by synthesizing new frames by warping and interpolating frames of the original sequence. Currently up to version 5.0, it costs $329.95 for the regular version and $595 for the pro version. You can upgrade the Twixtor regular FxPlug version 4 to 5 for $82.49 and upgrade Twixtor Pro FxPlug version 4 to 5: $149.95. It’s compatible with FCP 6.0.3 and up. Customers who purchased Twixtor 4 FxPlug version on or after April 1, 2010, will receive version 5 for free.

DE:Noise handles spurious frame-to-frame defects ranging from fine digital/electronic noise to blotchy spots (e.g. dirt on the film). It combines motion estimation techniques with edge-preserving spatial filtering methods to reduce the visual impact of various problems such as: noisy video (that can happen with low-light capture), excessive film grain, CG renders affected by ray-tracing sampling artifacts, fingerprints and dust captured during film scan/transfer and printing, snow, drop-outs and many other defects. Currently up to version 2.0 it costs $149.95. You can upgrade DE:Noise version 1 to 2 upgrade for $37.49. It’s compatible with FCP 6.0.1 and up, FCE 4.0.1 and up, Motion 3.0.1 and up. Customers who purchased DE:Noise 1 FxPlug version on or after April 1 will receive version 2 for free.

Effections is a a bundle of plug0in products, containing the FxPlug versions of DE:Noise, Twixtor,ReelSmart Motion Blur and FieldsKit. The FxPlug plug-ins work in 8 bits and 10 bits per channel, and in floating point. RE:Map, Shade/Shape, SmoothKit, RE:Fill and Video Gogh are provided as After Effects-compatible plug-ins, which are limited to run in 8 bits per channel. Currently up to version 9.0, it costs $889.95. You can upgrade Effections for Final Cut Pro from any previous version to version 9 for $222.49. Customers who purchased Effections for Final Cut Pro on or after April 1 will receive version 9 for free. 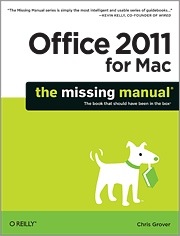