Analysts expected iPod sales to dip in the latest fiscal quarter, but they remained basically flat (down 1% year-over-year). Apple sold 10.89 million iPods during the quarter, generating revenue of US$1.7 billion (that’s a total revenue increase of 12%).

The iTunes Store had its best quarter ever, bringing in sales of $1.1 billion. In talking with analysts on the latest financials, Chief Financial Officer Peter Oppenheimer said that the iPod’s share of the US market remains at over 70% and that the Apple device continues to gain ground internationally in Australia, Canada, Japan and the UK, among other regions.

So did the iPad have any affect on iPod touch sales? Apple Chief Operating Officer said that the announcement of the tablet device has had no discernible affect on either iPod or Mac sales. However, “we really don’t have enough experience to come to a judgment yet,” Cook added. 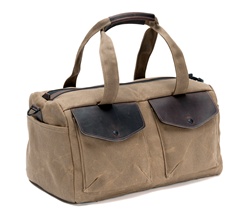