The versatility of the iPad is a threat to eReader devices, analysts told “BusinessWeek” (http://www.businessweek.com/technology/content/apr2010/tc20100412_516320.htm?campaign_id=yhoo). Wall Street analysts are already slicing their forecasts for Kindle sales, the article adds.

Charlie Wolf, a senior analyst at Needham & Co., has cut his forecast for Kindle sales this year, settling on a range from 2.5 million to three million units, in place of a previous forecast of 3.6 million units. Wolf estimates that Amazon sold 2.2 million Kindles in 2009. “It’s not a compelling product,” he says of the Kindle, because Apple’s iPad offers more features, such as the ability to play video, plus a more compelling design.

Piper Jaffray analyst Gene Munster cut his 2010 forecast for Kindle sales by 400,000 units, to 3.45 million. Amazon’s Kindle DX, which is designed to let users read e-books on a black-and-white screen, is selling for $489, just $10 less than Apple’s least-expensive iPad, he notes.

Susan Kevorkian, an analyst at market researcher IDC, told “BusinessWeek” that Amazon needs to update the Kindle with a color screen and replace its buttons with touchscreen capabilities. “They absolutely need a color screen — the sooner the better,” she says. 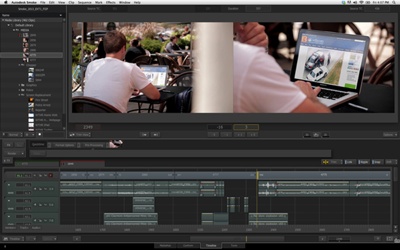