Serving Sizer Pro is a new US$2.99 recipe cards for the iPad. It lets you organize recipe cards, handwritten family recipes, and recipe clippings in one place. You can change the serving size at any time and the whole recipe is converted instantly.

SlothMedia has announced KosmicMath-Education 1.0 for iPhone, iPod touch, and iPad devices. The $14.99 app is a space exploration game that reinforces mathematical scope and sequence requirements covering preschool through fourth grade.

Bigredshoes has released Smackup! 1.0 for iPhone, iPod touch, and iPad. The game lets you test your skill by throwing punches at an obnoxious, insulting, loud-mouthed jerk as he bobs and weaves behind a podium. There is a lite (free) and a full version ($0.99) that has 12 levels of play featuring multiple, ridiculous weapons.

The new $1.99 AutoTTS HD for iPad builds on the l AutoRingtone app and service that No Tie Software has provided since November. In the five months since release, AutoRingtone users have created over 600,000 custom ringtones. The iPad version leverages the large screen and keyboard of the iPad. r they wish to use, making the app even more fun to use.

Now available for the iPad: stories from the Golden Age (http://www.goldenagestories.com), a line of 80 books and multi-cast, unabridged audio books, featuring 153 stories written by L. Ron Hubbard in the 1930s and 1940s in any of the several popular genres of the day– mystery, thriller, adventure, science fiction, fantasy and western — with tales appropriate for all ages from middle school and up.  The covers for the complete available library are displayed in the iBookstore.

Oniric Games has launched Silent Swords Zero, a prequel to the first stealth action game for the iPhone and iPod touch. In this new installment ($2.99) , players guide the Little Black Ninja in a quest to retrieve a set of mysterious and powerful gems. As in the original, players will have to be sneaky, hide in the shadows and dispatch enemies with a wide array of stealthy weapons and deadly moves.

Pliq.me arrives in the Apple App Store today. It’s a free app for iPhone and iPod touch users to recognize speech and convert it into text.

Label Interactive says Game Table is now available on the iPhone and iPod touch for an introductory price of $0.99. It offers a collection of board games in a digital format.

Emir F Samsuddin has announced AppliFX Pro 1.3 for the iPhone and iPod touch. With the $0.99 app, users can pan and zoom on the photo using their fingers. There’s also a “before” and “after” preview when selecting an effect. Users will be able to save the final result to their devices, or publish it to their Facebook account.

Zerion Software today released a brand new version of their $4.99 data collection software for the iPad, bringing business grade, offline data collection to the new device. Now clients can do surveys, inspections, walk-throughs, work orders, task orders, research studies and clinical trials on their iPad, along with their iPhones and iPod touches.

Houdah Software has rolled out Sudoku Duo 1.0.3, an update of their $3.99 iPhone/iPod touch app, now available for the iPad. Based on their ACTSudoko for the iPhone, the new app provides game play for a single player, and two players collaborating or competing. Its gameplay engine allows three levels of playing difficulty, based on mastery of technique rather than number of givens.

iMagine machine has introduced Faces iMake 1.1, an update of the $0.99 app that lets users create art from over 100 everyday objects.

Regular Rate and Rhythm Software has revved MediMath — its $4.99 medical calculator for the iPhone and iPod touch — to version 3.1. It’s now available for the iPad and offers 135 formulas, evidence-based scores, and clinical guidelines for physicians, nurses, and healthcare students in all fields.

Tidal Pool Software today released Wanderlust 1.1. The free app allows you to search for airfares and book flights in-app on your iPhone and iPod touch. Wanderlust searches millions of airfare combinations from over 400 airlines worldwide.

Acrobits is offering an update to their $7.99 SIP Softphone for the iPhone, Acrobits Softphone 3.2. Included in the update is the option to purchase an in app upgrade to add support for G.729 Annex A, the high quality, low bit rate codec. Acrobits Softphone users can now use this important codec for their SIP calls.

AppFury has released SOHOinmypocket 1.3, an update to their $1.99 navigational app to the SoHo and NoLita neighborhoods of lower Manhattan, available for the iPhone and iPod touch. The interactive app consists of a full directory of local attractions, special deals from participating merchants, and step-by-step directions to any destination. The directory gives complete descriptions and photos of hundreds of restaurants, bars, hotels, galleries, shops and more.

Ilium Software has announced eWallet 7.1.1, the latest version of their $19.99 secure password manager software that can be used on any iPhone, iPod touch, Windows Mobile device or BlackBerry. The upgrade includes image syncing from the desktop to the device. 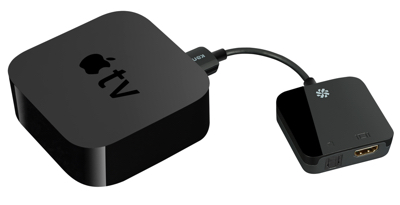