He said checks with his sources indicate that iPhone OS 4.0 will be a full multi-tasking environment where third-party applications will be able to run simultaneously and in the background along with Apple’s own built-in applications, as reported by “AppleInsider” (http://www.appleinsider.com). While multitasking will be important for the iPhone and iPod touch, it’ll be even more important for the iPad, the analyst said.

“We believe this will be particularly important for the iPad, due to its much faster processor and much larger screen where users will more likely want the capability to run multiple applications much like most do with their PCs and Macs,” Wu says. “We believe this will allow AAPL to deliver a fuller and more differentiated experience on the iPad helping drive greater adoption.”

Admittedly, Apple hasn’t said it’s announcing iPhone OS 4.0. But the company has announced an invitation-only event that will “peek into the future of iPhone OS.” The event will be held Thursday, April 8, at Apple’s Cupertino headquarters.

“iAd” is the rumored name of a personalized, mobile advertising system that Apple is supposedly developing. It’s believed to have been built on top of Quattro, the mobile advertising developer Apple acquired in January for nearly US$300 million.

Quattro Wireless is a global mobile advertising company. It’s designed to “empower advertisers and publishers to reach and engage their target audiences across mobile web, application and video platforms with unrivaled precision, transparency and ROI.”

The Apple-Quattro deal came on the heels of Google’s $750 million acquisition of AdMob in November 2009. Both Quattro and AdMob were start-ups focused on the mobile advertising business, which is seeing changes of its own with the rise of smartphones. 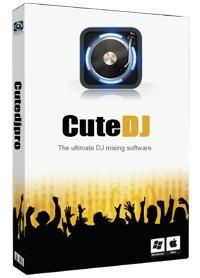 CuteDJ for Mac OS X gets over 20 new features