Squires Studios has announced Notes To Store 1.0 for the iPad. The US$3.99 app lets you create multiple multimedia notebooks on the iPad, each with unlimited pages. You can type in text, draw sketches and import photos for markup and reference. You can record all of your ideas just like a real notebook, and you can type with the built-in keyboard, hardware keyboard or write with your finger if you prefer.

The latest version 1.0.2 of Elgato’s EyeTV app enables streaming of live TV signals over Wi-Fi as well as 3G connections. Using the EyeTV app to watch TV on the road no longer requires a Wi-Fi connection. EyeTV for iPhone 1.0.2 is available from the App Store as a free update for existing customers. For new users it’s $4.99.

Other Ocean Interactive has partnered with SEGA of America to bring you Super Monkey Ball 2: Sakura Edition available exclusively for the iPad. The $12.99 app brings the console and iPhone hit to the iPad plus four new mini-games: Monkey Bowling, Monkey Target, Monkey Golf and the iPad exclusive mini-game Monkey Base.

BidBox LCC today announces Sight Reading Trainer 1.0 for the iPad. This $9.99 learning tool for anyone interested in learning to play an instrument.

Open Door Networks and Project A are shipping Art Authority for the iPad. The $9.99 app brings 40,000 high-resolution classic works of art to iPad users’ fingertips.

Infinity Softworks has announced its powerOne App for iPad. The $5.99 financial and real estate calculator includes more than 50 pre-installed calculations for finance, real estate, mortgages, investing and conversions, a high-powered algebraic and RPN calculator, and the ability to program additional calculations.

Bohemian Coding has announcedSketchPad 1.0, a $5.999 vector drawing application for the iPad. It includes vector and pen tools and boolean operations. It also supports text layers and these can be styled with different fonts. Sketchpad supports stroke, fill, multi-stop gradients and drop and inner shadows. Its vector tool lets you create any shape imaginable and for more basic usage.

StudioTrack is a songwriting tool for musicians who want to capture musical ideas and record songs on the iPad. Every channel includes a reverb send and a configurable effects rack. Effect options include a delay, EQ, and a compressor. The master channel has a Reverb Return knob as well as a parametric EQ and a stereo master compressor-limiter. StudioTrack multitrack recorder for iPad, developed by Sonoma Wire Works and Retronyms, is now available for $39.99.

Software MacKiev has released  World Book — This Day in History for iPad. It’s a free app that nteractive multimedia calendar that displays historical events for the current day or any selected day, along with related media such as photos, illustrations, music, and speeches.

eGovernment firm NIC has launched government applications that were developed specifically for the iPad. The first are interactive driver license practice tests designed to help new drivers test their knowledge of the rules of the road and be better prepared for written tests in Kentucky, Nebraska, Tennessee, Utah, and West Virginia. All five iPad apps are now available for free through the Apple App Store.

MooCowMusic has introduced Pianist Pro for iPad. The $9.99 app includes the full 88 keys of a professionally sampled piano with configurable soft and sustain pedals for additional emphasis during a performance. Up to 10 keys can be pressed at once, and react to the touch just like a real piano. A built-in arpeggiator allows the user to create perfectly timed runs of notes just by holding down a few keys.

Ambrosia Softwar has announced that its Aki Mahjong, Mondo Solitaire, Mondo Top 5 Solitaire, and Mr. Sudoku Apps for iPad are now available on the App Store. All these apps have been redesigned specifically for the new device.

VerySoftware has rolled out Just Jigsaw 1.0 for the iPad. It’s a $0.99 jigsaw puzzle game with 15 photos to choose from, each allowing players to solve 25, 35 and 48 piece jigsaw puzzles. Users can even import images directly from their photo albums.

Konami Digital Entertainment says its Metal Gear Solid Touch and Frogger Pad Apps for iPad are now available for $7.99 and $0.99, respectively. Both games feature gameplay that capitalizes on the larger screen and Multi-Touch user interface of iPad.

THQ Wireless has announced that Star Wars: Cantina, Star Wars: Yoda Soundboard and Star Wars: Lightsaber Duel — a sequel to the Lightsaber Unleashed application — are now available for the iPad. The games feature a colorful cast of characters from classic Star Wars films.

FourthFrame Technologies has released Springshot 1.2 for the iPad. It’s a $0.99 rebounding shuffleboard app that t features one and two player modes, game memory between sessions and more.

Zentity has released Touch Teen Patti 1.0 for iPhone and iPod touch. It’s a $0.99 card game similar to poker. The game is played worldwide and particularly popular in India and south-east Asia.

Sulaba has introduced Autograph It 1.0 for the iPhone and iPod touch. The $1.99 app is designed for the avid philographer, as well as for someone who has that occasional celebrity sighting. Autograph app gives you an option to capture voice, hand written signature and picture of your favorite personality, all at once.

Old Jewel Software of Windsor, NY has announced Sudoku 2 Go 1.0, its first game for the new iPad. The US$1.99 app offers a umber of Sudoku puzzles at five difficulty levels from “easy” to “impossible.”

Serving Size Pro is a $2.99 recipe card organizer for the iPad. It lets you organize recipe cards, handwritten family recipes, and recipe clippings in one place. Change the serving size at any time and the whole recipe is converted instantly.

Deep Prose Software is presenting ThumbDrums 1.0 for the iPhone and iPad. It’s a $0.99 personal drumming app that lets you tap out beats on a range of different drum sets. A variety of different drum sets are available, each with its own sound and look. The drums are touch-sensitive both in the center and around the edges, and can be swiped as well. Bongos, djembe, congas, and tbila drum sets can all be played, and a stereo option is available.

Bigredshoes has unveiled Smackup! 1.0 for the iPhone, iPod touch, and iPad. In the game, you test your skill by throwing punches at an obnoxious, insulting, loud-mouthed jerk as he bobs and weaves behind a podium. There is a lite (free) and a full version ($0.99) that has 12 levels of play featuring multiple ridiculous weapons.

Oceanhouse Media has released four high definition apps for the new iPad. Three of the top selling Dr. Seuss children’s eBook apps, “The Cat in the Hat,” “Dr. Seuss’s ABC” and “How the Grinch Stole Christmas!,” are now available as free updates in iPad form for current iPhone or iPod touch customers. In addition, Bowls HD, a Tibetan Singing Bowl application designed specifically for the iPad, has been released.

Pangea Software has served up five apps for the iPad. The first of Pangea’s planned apps for Apple’s new iPad are Enigmo Deluxe, Cro-Mag Rally, Bugdom 2, Otto Matic, and Nanosaur 2.

MobileIron has announced its free MobileIron Sentry App for iPad. It’s designed to give IT a mobile command center from which they can monitor and take action on smartphones accessing enterprise email.

NewsGator has served up NetNewsWire App for iPad. The $9.99 feed reader has been fully re-engineered to take advantage of iPad’s bigger screen real estate and fast processing power. The app enables users to automatically capture blog posts, podcasts and other syndicated content from providers across the web.

Readdle has rolled out ReaddleDocs for iPad 1.0, a $4.99 file manager, document reader and attachment viewer for the iPad. It spotlights a new user interface redesigned for a large screen, PDF viewer, email browser to access and save email attachments, built-in text files editor and more. It also lets you download and upload files from MobileMe iDisk, Dropbox, GoogleDocs and other services, as well as some home NAS drives.

BrainPOP has debuted its free iPad app, placing educational resources directly at kids’ fingertips. BrainPOP Featured Movie” app was created specifically for the iPad. This new platform allows BrainPOP to deliver fresh, animated movies every day, with content relevant to significant historical and current events such as Earth Awareness and Financial Literacy topics in April. After watching the daily Featured Movie, students can test their new knowledge with the accompanying interactive quizzes.

Avallon Alliance has released the Stone of Destiny HD and Cassandra’s Journey: The Legacy of Nostradamus HD, iPad versions of its iPhone/iPod touch games. They’re $3.99 each.

AutoTTS HD is a custom ringtone app for the iPad. It costs US$1.99.

AssistiveWare has announced Proloquo2Go 1.3 for the iPhone, iPod touch and iPad. It’s an update to the $189.99 alternative communication solution for people who cannot speak.

Ilium Software has rolled out Wallet 7.1.1, an update of their $9.99 password manager for the iPad. It allows users secure, versatile, and convenient storage for their passwords, accounts, usernames, credit cards and more.

Manufacturing Content has shippedTractor Beam 1.11 for the iPad, iPhone and iPod touch. It’s a $0.99 Asteroids-inspired game.

Emerging Healthcare Solutions has announced that a new iPhone app is being designed to “dramatically increase patient access to healthcare and the Company expects that it will drastically cut medical costs for customers.” EHSI’s new MedAnywhere iPhone application is being configured to connect patients to doctors for diagnostic consultation and treatment from anywhere in the world at a fraction of the cost of a medical visit. Once the cutting edge app is released for sale (pricing hasn’t been announced), it will also provide an upgrade option for live emergency medical treatment by trauma surgeon.

Newton’s Balls, a Newton’s Cradle simulator app for the iPhone and iPod touch is now available in a free version. Newton’s Balls has been praised for its realistic physics. Logic Consulting has now released a free version for those who want to try before they buy.

Fishbone Studios has served up Clock Pro 1.2 for the iPhone and iPod touch. The $0.99 app uses the Push Notification service that allows users to set their alarms and receive them at any time.

CoinForge has released California Parks 1.1 for iPhone and iPod touch users. It’s a $1.99 resource you can use to discover new places to enjoy your favorite activities. Explore the last stands of primeval redwood forests to vast expanses of fragile desert; the lofty Sierra Nevada to the broad sandy beaches of our southern coast; all from your pocket. The California Department of Parks and Recreation manages more than 270 parks.

AppFury has unveiled SOHOinmypocket 1.3, an update to their $1.99 navigational app to the SoHo and NoLita neighborhoods of lower Manhattan. Available for the iPhone and iPod touch, the interactive app consists of a full directory of local attractions, special deals from participating merchants, and step-by-step directions to any destination. The directory gives complete descriptions and photos of hundreds of restaurants, bars, hotels, galleries, shops and more. 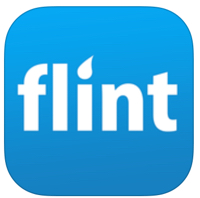