I just checked “App Updates” on my iPhone. There are several today listed as “universal,” meaning they are optimized for the iPad. Right away I wondered about the file sizes.

What if these enhanced versions with a higher resolution and more features for the iPad screen will be significantly bigger than the older iPhone only versions? I just ran a comparison and some of the results are quite shocking. Indeed, these new enhanced apps, which will replace the older versions, are bigger in size. Several times bigger in some instances.

This will mean that people could max out the space on their iPhones and iPod touches, with fewer apps being able to fit. In some cases the Apple App Store will have two versions of the same app, with one enhanced for the iPad (with XL or some other designation tacked onto the title). And some will be iPad only, with no counterpart for the iPhone.

But the “universal” category completely replaces the older version. And some users will be squeezed out of space on their iPhones and iPod touches. They may not be happy campers.

The good news is that each device you connect to the computer has its own tab to let you manage which apps you want on that device. But you’ll still be stuck with some universal apps on iPhones and Touches that take up more space than the older versions.

Developers will not want to maintain more than one version of each app in all situations. This could get interesting. Here are the results:

These results only show the comparison of the computer disk file sizes. I obtained them from the Apps window in iTunes. Then I clicked “Get Info.” I noted the app version numbers and file sizes before I synced my iPhone, which had the brand new “universal” versions. Then I synced the iPhone and noted the new file sizes, again using the App Window from iTunes.

I then discovered that the file sizes on the iPhone itself are even bigger. You can check those by clicking your iPhone in the iTunes pane and then clicking the Apps tab. Do this while your iPhone is still connected to the computer. The apps stored on your computer disk must be slightly
compressed.

So, for an “Apples to Apples” comparison (pun fully intended), I will list only the before and after results using computer disk file sizes, since I don’t have a record of the iPhone file sizes for the older versions.

This is a very tiny sample, but you can see that the sizes roughly double on many of them. No telling why Solitaire City Light is so much bigger.

Bill Oakey is a freelance writer. You can check out his blog at http://www.billoakey.wordpress.com . 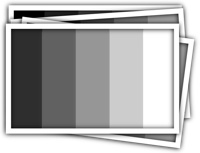 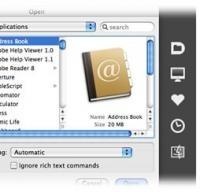