KT, which sells the iPhone there, said South Korea was one of the seven countries in the world where sales of the smartphone topped 500,000 units in less than a year. The telecom operator, also the nation’s second-largest mobile carrier, said it activates 4,000 new iPhones every day, notes the “Yonhap News Agency.” The iPhone went on sale in South Korea on Nov. 28. 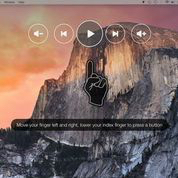