Verizon to pass on the iPhone?

The iPhone has changed the smartphone industry, but Verizon hasn’t changed its mind about Apple, according to Morgan Stanley analyst Ehud Gelblum.

“Interestingly enough, not because Apple isn’t giving it to them but, for the most part, because Verizon doesn’t want it,” Gelblum told “TheStreet” (http://www.thestreet.com/story/10713347/1/verizon-iphone-maybe-never.html),

He says the problem for carriers like Verizon and AT&T is that while the Apple smartphone brings scores of high-spending new subscribers, those subscribers become Apple customers, using iTunes and the App Store to make all their purchases.

“The carrier is kind of shut out of the picture and relegated to being a dumb pipe,” Gelblum says.

There’s been talk (or perhaps hope) that Verizon would become a carrier for the iPhone in the US. So far that hasn’t happened. And when the iPad was announced without a Verizon option, as some pundits have predicted, some analysts such as Geldblum are getting skeptical that an Apple/Verizon deal will ever see the light of day. 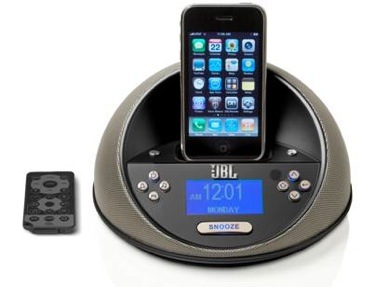 Review: JBL’s Micro will get up you On Time