After Apple began taking pre-orders for the iPad, 190,000 orders were placed within the first week. That rate slowed to 5,000 per day as Apple begins offering school discounts, reports “Fortune” (http://brainstormtech.blogs.fortune.cnn.com/2010/03/20/ipad-week-1-190000-pre-orders/?section=money_topstories&utm_source=feedburner&utm_medium=feed&utm_campaign=Feed%3A+rss%2Fmoney_topstories+%28Top+Stories%29).

Apple racked up pre-orders at the rate of more than 25,000 units per hour early Friday, March 12, when the iPad went on sale, according to the team tracking order numbers at Investor Village’s AAPL Sanity board. By Sunday, the initial frenzy had cooled, reports “Fortune.” The pre-order rate slowed to 30,000 units per day on Monday, 10,000 on Wednesday and 5,000 on Thursday. 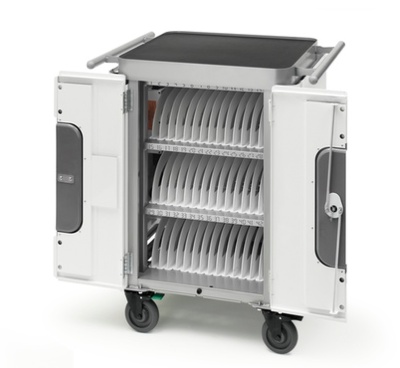