PocketMac, the creator of the original Mac-to-BlackBerry sync solution, has released version 5.0 of PocketMac for BlackBerry (http://www.pocketmac.com/PocketMac_for_BlackBerry.php). It comes with a synchronization engine redesigned from the ground up for Mac OS X 10.6 (“Snow Leopard”).

The new engine accounts for the new quicker synchronization speeds, according to Tim Goggin of PocketMac. Also included are simpler, clearer preferences, reorganized to accommodate the way users want to work, he adds.

PocketMac for BlackBerry 5.0 includes two-way sync with the Apple Address Book, iCal, Daylite, Entourage 2008, LotusNotes, iTunes, iPhoto and Stickies. In addition, as part of every sync, PocketMac for BlackBerry will back-up all of your BlackBerry’s SMS texts, and your call history. A separate viewer application is also provided so that you can access this data from your desktop.

PocketMac for BlackBerry 5.0 costs US$19.97. It includes a complete 90 day money-back guarantee. 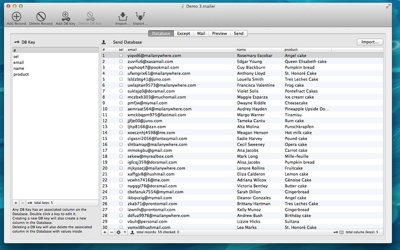