App Cubby has announced KaleidoVid 1.0, an US$0.99 app for iPhone 3G and 3GS devices. It creates kaleidoscopic images from everyday objects using the iPhone’s built-in camera.

Smartphones Technologies has launched College Basketball Bracket Challenge for the iPhone and iPod touch. The $1.99 app is available just in time for the men’s basketball tournament.

David Day, a hiking guide writer for trails in Utah and Colorado, and TalkingRockies, has shipped new mobile guides for Utah’s 5 national parks for iPhone and Android systems. These guides introduce outdoor enthusiasts to the backcountry in Utah’s national parks. One guide covers the western parks, Zion, Bryce Capitol Reef, and the other covers the eastern ones, Arches and Canyonlands. They’re $3.99 each.

Planet Waves has launched two new apps for iPhone and iPod Touch users:  the ProTune tuner and the ProTempo metronome. The former ($5.99) offers a portable instrument tuner with dedicated modes for guitar, bass, violin, banjo and other stringed instruments. The latter ($4.99) lets you use the touch-screen Tap Feature to select a basic click-based tempo instantly or create and save your own customized rhythm patterns using ProTempo’s controls. Users can choose from a set of sound samples that can be assigned and balanced within a single pattern and adjust parameters including meter, accents, subdivisions and more.

Wonder Warp Software has introduced Etude 1.0, a new iPhone and iPod touch app for learning music on the piano. It combines traditional sheet music with an on-screen keyboard, whose keys light up to reveal which notes are being played, as well as a MIDI synthesizer that simultaneously plays the piece aloud. Etude ($2.99) ships with five songs loaded, and an in-app store with over 200 free songs. New songs are being added weekly.

Wuonm is offering DisCover 1.0, a one-tap music player for iPhone, iPod and iPad devices. The $1.99 app allows anyone to add icons onto the home screen using artwork from their music library. The album can be played by tapping the created icon on their springboard. DisCover automatically searches for all the music on the device. Users scroll to their favorite artist and select the album they want to add as icon.

ClayTracker 2.0.2, a $19.99 sporting clays scoring app for the iPhone and iPod touch has been updated to version 2.0.2. The new version includes scoring screens for American, English and Olympic/International Skeet.

MotionPortrait has released PhotoAvatar 1.2 for iPhone and iPod touch devices. The $0.99 app transforms your mug into a 3D avatar from another planet.

MotionPortrait has also updated HourFace to version 1.3. The $2.99 iPhone/iPod touch app analyzes a still photo and turns it into 3D movie that ages right there on the iPhone screen. HourFace ages your friends and family and generates a 3D interactive movie for you to poke, prod and be amazed by. For example, you can discover what you might look like 50 years from now — in 3D. 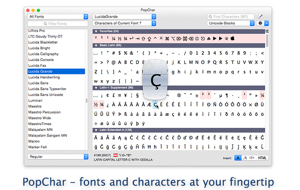