After a severely constrained first half, steeply discounted computers along with improving economic conditions steered the global computer market back into the black in the latter half of 2009. According to the International Data Corporation (IDC) “Worldwide Quarterly PC Tracker,”the yearly growth rate for the worldwide computer market in 2009 was 2.9%.

Portable computers remained the key market driver, with shipments increasing 18.4% in 2009 compared to 2008. Consumer purchases of portables were the sole driver of the market, growing at 38.5%, according to IDC (http://www.idc.com). Commercial shipments were severely strained but showed signs of life near the end of the year as fourth quarter growth came in just under 1%, providing a glimpse of an anticipated commercial refresh in 2010. As a harbinger that the pace of ASP declines will moderate, mininotebook growth slowed in the fourth quarter as the volume of other notebook categories grew 22% year over year.

With the recovery picking up, the computer market is expected to resume expansion in 2010 with global growth of 12.6%. Emerging regions, which have been instrumental in reviving the market, are expected to maintain course; growing 18.5% in 2010 and overtake mature markets in volume during 2010 and beyond. Mature markets should see 2010 come in at 7.2%, with double digit volume growth resuming in 2011. Portable computers will remain the driver of growth across consumer and commercial segments, reaching a 70% share of computers by 2012. In the meantime, desktop computers will see a decline across all regions except Asia/Pacific (excluding Japan), resulting in slightly positive yearly growth throughout the forecast period.

Set against the backdrop of a positive shipment outlook, market revenue will recover at a slower pace. 2010 should see revenue growth; albeit at 5% and nearly 7% in 2011. However, compared against the record revenues seen in 2008, computer market revenue is not expected to surpass the 2008 number until 2012; and will need a shipment total 140 million units higher than the 2008 market.

“Personal computer volume continued to grow in 2009 — fairing much better than in 2001, when a smaller recession produced a decline in PC volume. The positive 2009 results reflect lower prices and the fact that personal computers are increasingly a must-have product,” says Jay Chou, research analyst with IDC’s Worldwide Quarterly PC Tracker. “With lean margins and further market consolidation remaining a harsh reality for the foreseeable future, vendors are increasingly looking to a mix of volume and specialized products to grow revenue, including new combinations of portability, performance, and the intriguing possibilities of touch computing.

Overcoming challenges, such as synchronizing data across multiple devices, will be an important step in enabling adoption of more devices and expanding market growth, he adds.

“IDC is keenly focused on the forthcoming tablet device market,” says Bob O’Donnell, IDC vice president, Clients and Displays.”However, we don’t expect these products — which do not meet the current IDC definition of a personal computer — will stunt the strong growth in computers we’re expecting to see this year.” 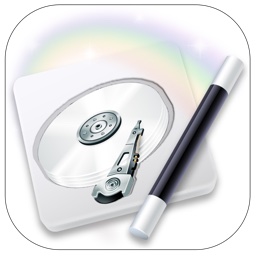 Tiger to be featured at Macworld Expo Boston