With the touch-screen operation, users can even snap a photo by touching the Lumix G2’s screen.  Additionally, the touch-screen operation can be used not only for shooting but also during playback.  Users can touch one thumbnail viewed among many to see the full size of the desired photo.  Also, to view images one-by-one, photos can be dragged across the screen to browse as though flipping the pages of a book.

Using the touch-screen operation, once a user locks onto a subject, the Lumix G2 enables AF Tracking and will track the subject as it moves within the frame. Then, with a touch on the screen, users can select the part and the size of AF area with the 1-area AF.  The Multi-area AF sets a group of AF points according to the composition. While using the manual focus, users can enlarge a subject by touching it and then choosing to enlarge it by 1x, 5x or 10x and then smoothly moving the part by dragging it on the screen. With this touch operation, menu settings can be changed quickly; cutting the time it takes to navigate using standard cursors, says David Briganti, Senior Product Manager, Imaging, Panasonic Consumer Electronics Company. However, all setting changes can still be done using the control pad, if preferred.

The Lumix G2 records 1280 x 720 HD videos in the AVCHD Lite format. The camera also features audio options, as sound is recorded with Dolby Digital Creator and an optional accessory stereo microphone can be attached. A Wind Cut function further enhances the sound as it helps reduce noise caused from background wind.

The 3.0-inch touch-operation LCD rotates 180 degrees from side to side and tilts 270 degrees up and down, providing approximately 100% of field of view. The double Live-View function offered by the 460,000-dot free-angle Intelligent LCD and 1,440,000-dot 1.4x (0.7x) Live View Finder allows users to see the settings’ results before pressing the shutter.

The Lumix DMC-G2 and other Lumix G Micro System digital cameras can use any interchangeable lens that complies with the Four Thirds standard via an optional mount adaptor DMW-MA1 and with the Leica M/R Lenses via DMW-MA2M or MA3R.  Other accessories include external flashes, filters, a remote shutter, HDMI mini cables and a variety of stylish straps and bags. To learn about the Panasonic Lumix Micro Four Thirds System and all the available accessories, visit http://www.panasonic.com/Lumix. The Panasonic Lumix G2 will be available in red, blue and black models. Pricing and availability will be announced 30 days prior to shipping date. 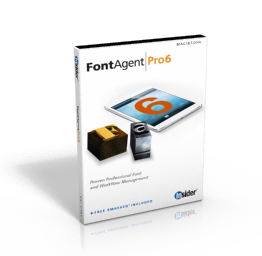