Here are the latest iPhone/iPod touch/iPod/iPad apps announced. You can find ’em at the Apple App Store (http://www.itunes.com/appstore/)

Onederr offers Social Fun Box 1.0 for iPhone and iPod touch users who want to liven up their Facebook and Twitter posts. With the US$0.99 app, users can add symbols, icons and emoticons, as well as share their location, photos and original drawings. Users can now replace their text notes with bright, noticeable posts.

App Inspire has shipped released PawTrotter 1.0 for iPhone and iPod touch devices who love animals. This $2.99 app is a directory of over 130,000 businesses catering to all aspects of pets and their care, as well as a source of user ratings and reviews. The developers are donating 5% of all profits to the American Humane Association.

Apps For All has unleashed Caregiver Apps 1.0, a $0.99 health care application for the iPhone and iPod touch. It provides peer-recommended healthcare apps from the Apple App Store based on user feedback, and allow caregivers to take a more proactive approach to those that they care for. These apps focus on areas such as healthcare for the elderly, general health questions, medication reminders and tracking, health records, health news, illness tracking, and first aid.

The Cleveland International Film Festival has announced a free 34th Cleveland International Film Festival app for the iPhone and iPod touch. It allows film fans to browse all of the festival’s films by title, category, program, or day. Users can view film details, multiple images, and real-time, up-to-the-minute screening information as we as the trailer for this year’s festival.

Art Beat has released NYArtBeat 1.0, a $0.99 cultural event finder app for iPhone and iPod touch devices. The app enables users to discover art and design events happening around them as they move through New York City. The Nearby Search feature helps users visit a series of nearby events in one outing. The app gives instant access to more than 600 art and design events.

3M Health Information Systems has unveiled 3M Mobile Dictation Software for the iPhone. The free app is designed to give physicians greater control over their dictation workflow by letting them use a single device for phone, email, and dictation. 3M Mobile Dictation also provides “anytime, anywhere” access via Wi-Fi or 3G wireless service.

Glu Mobile has released Transformers G1: Awakening for the iPhone and iPod touch. The $4.99 app represents the second title that Glu has developed and published in the Apple Apple Store based on the Transformers franchise, under license from Hasbro.

Agilent Technologies says its free LC Calculator app is now available on the Apple App Store. It’s a liquid chromatography app for the iPhone and iPod touch. The app was designed to quickly determine flow rate and back pressure under a variety of conditions and column dimensions.

Not sure what types of paint problems you might be facing this spring? The new Paint Remedy iPhone app is a free tool that allows both do-it-yourselfers and professional painters to identify and correct old paint problems before picking up a brush or roller.

Super Happy Fun Fun has released a free, lite version of their Star Burst game. It gives players the opportunity to experience the early levels of the game as they are in the full version of the game. Players must catch streams of brightly colored gems as they flow down the conveyor deck, by strategically flipping gems, bombs and timers to form Bursts of three or more.

Dave and Twila Pitcher have released Where to Wee 1.0.1 for the iPhone and iPod The $1.99 app uses your exact GPS location to recommend the nearest and cleanest restrooms. Where to Wee has over 60,000 worldwide washrooms in its database, with more being added every day. Users can detail their search to find restrooms with specific amenities, and much more.

Lovett Apps has announced Love Taps 1.0.2 for iPhone and iPod touch devices. The $1.99 app “promises to help users navigate those squirmy, tenuous, first few weeks of a new relationship, and assists users in not screwing up the beginning of a new relationship by over-texting, calling, and/or Facebook stalking a potential love interest.”

AllStays has released iExit 1.2 for iPhone and iPod touch users who travel on the interstate. The $2.99 determines which direction a user is driving in then loads the upcoming exits, along with the user’s favorite places to stop. It offers an way of looking up interstate information.

Inner Ear Solutions has introduced iTinnitus Solutions 1.1 for iPhone and iPod touch users suffering from tinnitus. The $4.99 app is a package for tracking tinnitus and sound therapy.

Punflay has unleashed Rafter 1.3 for the iPhone and iPod touch. It’s a $0.99 game with blocks and spheres that have to be dropped with precision to strike a mine. Rafter is spread over 21-plus levels.

Stas Olekhnovich is offering HereYouAre 1.1 for the iPhone and iPod touch. The $1.99 app provides its users with an opportunity to share their locations using the latest Apple’s Push Notification technology. Once you know your friend’s username and codeword, you can add him to that list and ask him/her a simple digitally encoded question. There is no need to keep an application running, no need to use emails or SMS and open embedded Maps links.

Opetopic has just reduced the price and released an update for IsoWords 1.1, a word search game on a three dimensional cube. Gameplay is based on connecting adjacent letters to form words, similar to Boggle, although with Isowords the twist is that the letters are placed on a 3D cube similar to a Rubik’s Cube. Version 1.1 adds global leaderboards, three local multiplayer modes, and daily challenges. It’s being offered for $0.99 for a limited time. 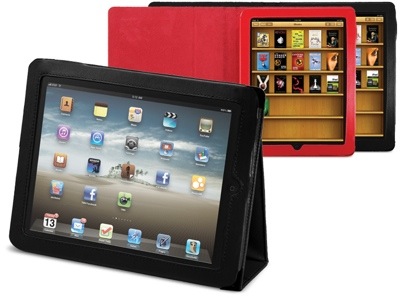