Several Apple patents have appeared at the US Patent & Trademark Office. Here’s a summary of each.

Patent number 2010049836 is for automatic configuration information generation for a distributed computing environment. A method and system for configuring information for a distributed computing environment is provided. The method and system comprises providing a job containing a list of tasks to a controller, the tasks including a bootstrap tool and configuration information related to the computer network. The method and system also comprises providing a task to each of a plurality of agents on the distributed computer network, each task being based on one of the tasks of the job. The method and system further comprises executing code by each of the plurality of agents based upon the tasks process, wherein the code provides configuration information for a master process and a plurality of slave processes within the distributed computer network. The present invention allows processes run on a distributed set of computers to be provided with appropriate configuration files without requiring the master node to pre-generate those files ahead of time. Specifically, the invention generates the configuration files on the computers that will host the processes. A special bootstrap tool is run on each machine. This tool provides a unique identifier to each process. Each machine running a slave process sends the master process its address, and the master returns a port number. The inventor is David A. Kramer.

Patent number 2010045643 involves a method and apparatus for analyzing circuit operations. The invention is for a method and apparatus for viewing and/or analyzing the operations and logical states of an integrated circuit. The logical state of various flip-flops within the ASIC may be determined at a specified time. The embodiment may store these flip-flop states in a computer-readable data structure, such as a file or database. By repeating this process and incrementing or decrementing the time with each repetition, a more complete picture of the ASIC’s operation may be captured. Additionally, the embodiment may graphically display the flip-flop states, for example as a graph or waveform. The inventors are Robert L. Bailey and Brian D. Howard. 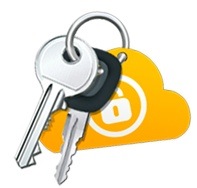