DevonTechnologies (http://www.devon-technologies.com) has released the final, non-public-beta version 2.0 of all editions of its information manager DevonThink as well as of the smart note-keeper DevonNote.

Version 2.0 sees a polishing of the user interface, including a new Welcome Assistant. There’s support for templates, external linking, and some plug-ins in DevonNote. Other additions or enhancements include functional tag view and improved smart tagging and improved PDF annotations

Also, a new script lets the user open tabs from DevonAgent to DevonThink Pro and new smart templates open Google, Bing, or a manually entered web address in a new tab. DevonThink Pro Office retains the color depth as well as the rotation and resolution of scanned images if desired, news feeds also support enclosures, and the Sorter tab can be made nearly invisible. The Annotation smart template links to the current page of a PDF document and the EndNote template takes over more data. DevonThink and DevonNote support Mac OS X 10.6’s text substitutions and data detectors, now, too.

Finally, DevonNote 2.0 inherits a large number of features from its bigger brothers: templates, external linking to documents with a URL, the panel for quickly taking notes, and some plugins, namely the ability to send items by email, export to iPods (Classic) or as a web site, and bookmark import. DevonThink Personal comes with new smart templates, too.

Internally DevonThink 2.0 final brings many further improvements including changes for the upcoming iPhone/iPad client as well as MobileMe, WebDAV, and LAN/WLAN based synchronization. While the iPhone/iPad client will enable users to transfer selected parts of databases to their device, view and search them on-the-go, and add new documents, the synchronization module will make it possible to synchronize databases between local Macs or, using MobileMe or any other WebDAV server, between any Mac with an Internet connection. The synchronization module is currently in the works, the iPhone client in alpha testing and expected to be released in the second quarter of the year.

New features of version 2.0 include but aren’t limited to: the ability to open multiple databases simultaneously (DevonThink Pro), all advanced Boolean and proximity operators (as known from DEVONagent), wildcards and unlimited complex search terms, smart groups, unlimited undo/redo, an inbox, a trash can, and the support for almost all common file formats. The new Finder-like sidebar facilitates working with multiple databases. Smart tagging brings the two filing approaches, hierarchical group and tags, together and makes groups and tags transparently interchangeable.

DevonThink 2.0 imports and displays Microsoft Office (Word, Excel, PowerPoint), OpenOffice and iWork (Pages, Numbers, Keynote) files as well as Skim PDF packages and all other files that support or are supported by Mac OS X 10.5’s Quick Look. Using Spotlight importers and plug-ins for indexing DevonThink can also search files that it cannot display due to the lack of Quick Look support (Spotlight doesn’t need to be active). Metadata, e.g. from PDF files, email messages, or Office documents is imported, indexed, displayed, and can be selectively searched, e.g. using smart groups. DevonThink Pro Office uses a new text recognition based on the ABBYY FineReader OCR engine.

DevonThink Personal 2.0 and DevonNote 2.0 inherit the three pane view formerly exclusive to the Pro editions as well as separate document windows, the full screen mode, smart templates, the ability to linking to documents using a URL, and a number of plugins. In addition DevonThink Personal is no longer limited to 10,000 images.

DevonThink Pro and Pro Office 2.0, DevonThink Personal 2.0, and DevonNote 2.0 require Mac OS X 10.5 or later and can be downloaded as free trial versions from the DevonTechnologies’ web site. DevonThink and DevonNote can be test-driven for free for 150 hours of non-continuous runtime until they need to be properly licensed.

Until March 14 all four applications can be purchased with a 10% discount. This discount also applies to all upgrades from previous versions. 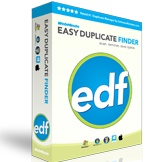