Casio (http://www.casio.com) has introduced two new compact models to their Exilim line. The EX-S7 (shown) and the EX-Z35 boast intelligent automated features in a slim and compact design.

The camera also features Casio’s Dynamic Photo, a Hollywood-like green-screen effect that adds animated graphics into still photos where users can create e-greetings to share with friends and family. The visuals can be emailed, posted on social networks or printed out at home.

The EX-Z35 features Casio’s Mode function, a simplified menu screen and Face Detection. The camera produces images at a 12.1 effective megapixel resolution and is equipped with a 3X optical zoom lens.

The EX-S7 will be available in the spring at a manufacturer’s suggested retail price of US$139.99 and is available in colors such as black and purple. The EX-Z35, available this March, will have a MSRP of $109.99 and will be offered in black, silver, pink, purple and blue body colors. The EX-FC-150 will be available for $349 in two colors, black and a cabernet wine. 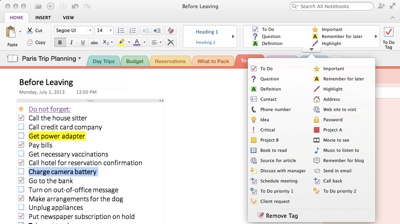 Microsoft has announced OneNote for Mac