What is a smartbook? That depends on who you ask. “Smartbook” isn’t a product category, nor is it a brand. But they’re growing in popularity. And the iPad is technically a smartbook, according to ABI Research (http://www.abiresearch.com).

According to ABI Research senior analyst Jeff Orr, “As ABI Research defines it, a smartbook is a low-powered device running a mobile operating system that is always connected, either via Wi-Fi or (more often) using cellular or mobile broadband. Smartbooks can take many different shapes. They are a subset of MIDs (mobile Internet devices) and netbooks, and address the same potential users, usage, pricing, and market needs. The difference is that they don’t use x86 processors.”

By that definition, the analyst estimates in a new research study, 163 million smartbooks will ship worldwide in 2015 — a significant rate of growth given that the very first models only appeared in 2008.

Qualcomm and Freescale have been the largest promoters of the smartbook concept. Other chipmakers such as TI and Nvidia that are producing ARM-based processors are active in this market as well. The first waves of devices are coming from established vendors such as Lenovo and Sharp and newcomers such as Always Innovating.

Technical definitions don’t mean much to most consumers, however. “The idea of ‘a smartbook’ doesn’t resonate with anybody thinking of buying such a device,” says Orr. “Vendors should avoid creating a separate market category with a new name, instead accepting that they are competing in an established category. Consumers hear about netbooks as alternatives to laptops and MIDs as alternatives to mobile phones, and can understand that. We believe the best opportunity in this ultra-mobile device market lies in new form-factors.”

Another very important consideration in consumer adoption of new products is price — both of devices and of the connectivity that is such an essential feature. ABI Research believes it will be important for vendors to bring entry-level smartbook prices to $200 or less. Guess we’ll see if they’re right as the iPad’s pricing starts at $499. 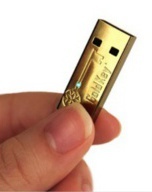 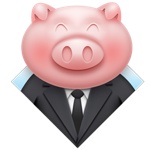