As the number of smartphone customers has continued to grow during the past six months, call quality performance has declined during that same period of time, according to the J.D. Power and Associates’ (http://www.JDPower.com) “2010 Wireless Call Quality Performance Study(SM)—Volume 1.”

The study finds that, after several consecutive six-month reporting periods of steadily decreasing numbers of connectivity and audio problems due to network upgrades, reported call quality problems have increased considerably in 2010, to 13 PP100 from 11 PP100 six months ago. In particular, the number of reported dropped calls has increased to 6 PP100, compared with just 4 PP100 six months ago. On average, smartphone customers experience problems at a rate that is 6 PP100 greater than problems experienced by traditional handset customers. In addition, smartphone customers are nearly three times more likely to experience dropped calls than are traditional mobile phone customers.

“As carriers continue to upgrade network infrastructure, expand coverage areas and improve data speeds, smartphone usage will continue to test network capacity,” says Kirk Parsons, senior director of wireless services at J.D. Power and Associates. “Smartphones will continue to stress wireless networks with higher data usage for texting, e-mailing and Web surfing, so it is crucial for wireless carriers to enhance existing network speed and capacity, as well as to develop and upgrade to next-generation technologies.”

Regional rankings are as follows:

“Wireless customers rely on their phones to do everything from providing them with driving directions to sending picture messages, as well as placing calls, so carriers must provide their customers with a problem-free experience to keep them satisfied,” says Parsons. “Wireless customers have higher expectations of their phones and the networks on which they operate than ever before. Carriers must continue to deliver on their promises for faster and more reliable connections as the number of customers using these advanced devices grows.”

Wireless usage patterns continue to evolve, as fewer calls are made or received and customers use their devices more often for text messaging, which increasingly is the preferred method for communication. The study finds that wireless customers receive 136 text message notifications per month — 21% more text message notifications than reported six months ago. In the first reporting period of 2010, 46% of calling occurs outside the home or in a vehicle. When customers make calls in an outside setting, the problem rate increases by 4 PP100, compared with calls that are made at home, at work or inside another structure.

The “2010 Wireless Call Quality Performance Study—Volume 1” is based on responses from 24,345 wireless customers. The study was fielded between July and December 2009. 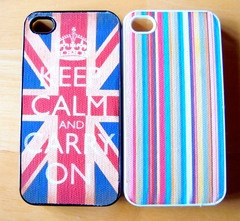 IMS Research: almost one billion consumer devices to be powered wirelessly by 2019