Useful Fruit Software has released Pear Note 1.4 (http://www.usefulfruit.com/pearnote/), an update of the note-taking utility for Mac OS X. The upgrade adds support for including images within notes, providing a way for users to add figures, charts, photographs, or anything else that can be represented in an image to their notes.

Version 1.4 also includes many other improvements such as the ability to search in slides, export to RTFD files, and several interface and reliability enhancements. At its core, Pear Note integrates audio, video, and slides with traditional text notes. By recording all activity, the software keeps track of what’s going on while taking notes as well as what the user has to say about it. Pear Note records audio, video, and what the user does, including typing notes and changing slides, on a timeline. Since keystrokes and slide changes are kept on this timeline, users can find what was being said during typing or a particular slide. They can play back an entire recording to recreate a meeting, or jump straight to the point in the audio they care most about.

With Pear Note, there’s no need to manually organize notes to find them, according to the folks at Useful Fruit. Users simply bring up search and start typing, and the note they’re looking for will pop right up. There’s also no need to manually sort notes into folders or categories. Pear Note finds notes transparently so they don’t have to go looking.

Pear Note costs US$39.99; version 1.4 is a free update for registered users. A fully functional, 14-day demo is available for download. 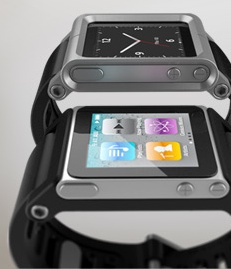 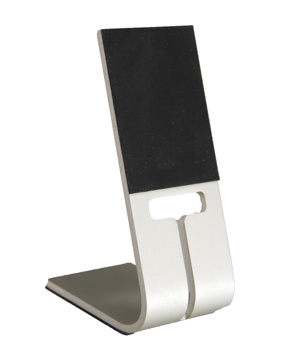 Kool Tools: the NanoTek Stand for the iPhone